Review of The High Country Album by Richmond Fontaine

Something in the water of the U.S. state of Oregon must be highly conducive to a particularly fine mix of inspiration and creativity. Having set a very high bench mark with their 2009 album 'The Hazards Of Love', fellow Portland band The Decemberists also made it more than acceptable to love an album based around a fully developed conceptual story line. (If you thought Prog-Rock had done its damndest to kill the concept album there are now numerous, and fantastic, contemporary examples that suggest otherwise) 'The High Country', from Richmond Fontaine, more than exceeds that previous bench mark both in terms of overall quality but especially in the harrowing, emotive, ultimately tragic but always gripping story line.

The High Country is like a play in four parts with enough twists to keep Dale Cooper and Will Dormer busy amongst the evergreens. If the Coen brothers haven't already they should take a listen and formulate the screenplay before someone else seizes the opportunity. The tale of love, lust, drugs, domestic violence and eventual murder all centre around the logging community on the outskirts of the City of Clatskanie. Depending on your want you could argue the case either way as to its likely influence on future visitor numbers! 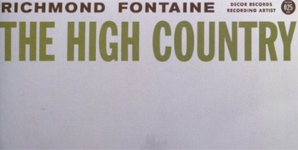 The main protagonists are not merely half baked characters strung around a melody or a riff, they are fully formulated individuals with history, attitude and personality. The leads include Claude Murray, a logger suspected of carrying on in a homosexual relationship, partial to taking speed, obsessive over an unrequited love and wife beater to, Melanie. Angus King, a toothless bar owner, ex-army vet, speed freak and agoraphobic who likes chocolate milkshake. The Girl from the auto-parts shop who lives in her mother-in-laws trailer home with a one legged man known as 'The Kid'. Then finally, in the lead role category, there is the reluctantly returning mechanic, in town to help out his sick Dad. Supporting roles include fellow speeder Amber, book store worker Arlene, impromptu stripper Crystal and Kevin, sound tracking the events with his Judas Priest mix tape!

In short; Claude's hopelessly in love with the girl from The Auto-Parts centre. She's married to the guy, who no one likes, with one leg. (Lost in a logging accident after they got together) She became pregnant with his baby but miscarried at eight months. They now share TV dinners but little else. She dares to dream of another world but is more frequently to be found sobbing about how her life has turned out. She starts to enjoy a clandestine relationship with the returning mechanic and Claude finds out. Nearing mental and emotional breakdown he enlists the help of his friend Angus. Things turn ugly when emotions run high. The jealous and crazed Melanie murders 'The Kid' suspecting him of being Claudes love interest. Claude's patience and pent up emotions can take no more, he takes his chance and murders her. An enraged, bloodied, wet and tired Claude makes his way to see the girl. The sight of seeing his love embracing her beau causes Claude more pain than he can bare. He slits the mechanics throat as she weeps. Angus King, summonsed by Claude, upon threat of arson to his bar, arrives just too late. He decides to take decisive action and shoots Claude in the head. The girl runs but Angus throws her in the back of his van and then............................

What's the music like? Well, it's nothing short of fantastic throughout. It's both challenging and poetic and befits each piece wonderfully well. There is high drama and exquisite tenderness. The whole album moves easily between Americana and Alt-Folk through to Indie and Rock. On 'Lost In The Trees' we are even treated to a rousing anthemic belter akin to the Bunnymen's 'Do It Clean'. Will Vlautin's lyrics are brilliant and capture each thread of the story so effectively that it would need little adaptation to make its way to the silver screen. (As he writes his own novels I hope that he's already given the matter some considered thought) Hopefully this murderous tale of lonely loggers will not only raise the profile of this highly individual band but also serve as a reminder as to how good a whole album can be when heard in its entirety from start to bloody and brutal finish.

They may be lumber jacks but they definitely ain't ok! If you're an out of work shrink looking for an opening you may find a needy niche catchment in Clatskanie! If not then just get the album. 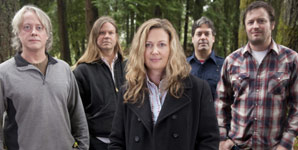 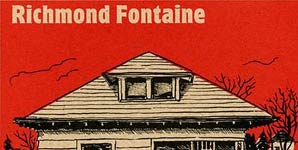