By Andy Peterson in Music Reviews on 04 November 2014

It's so rare these days that it's almost unheard of: an album that lands straight between the crosshairs of your expectations. Getting what you think you're going to get feels, after all, a little boring. It's become the norm, therefore, in the last few years for artists to attempt to confound their audience, where before they were more than content to focus iterative changes that would take their fans with them. Now? Anything goes. 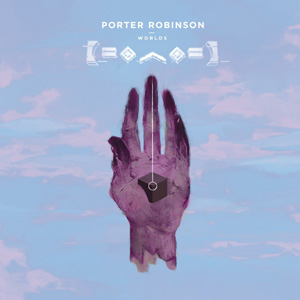 Porter Robinson is one of the young producers at the forefront of America's EDM scene, one generally looked down upon by European DJs as something which essentially lacks charisma or a willingness to innovate. Perhaps stung by this, his response was to tell anyone who would listen that 'Worlds' wouldn't be a party album, but instead would have a pedigree demonstrating it was crafted by someone who wasn't simply box-ticking their way to success. It's fair to say though, that still not everyone was holding their breath in anticipation.

A bold mindset then but, given EDM's current grip on the psyche of US teenagers and his pre-eminence amongst its cadre along with Skillrex and Deadmau5, 'Worlds' was never going to be an album indebted to the avant garde. Robinson sets out his stall early, opener 'Divinity' full of pounding beats and naggingly insistent loops, a package neatly given a very human touch via the angelic vocals of Broken Social Scene's Amy Millan. As if to underline that this isn't the vibe to drain a keg to at a frat party, 'Tears of War' centres lyrically around an intractable conflict: "200 years of war/We'll fight 'til we are no more". Although, despite this mythical energy, Robinson places it in very much an appealing synth-pop framework.