These Mancunians sure know how to make a great record. Since getting together seven years ago, this band has survived various different labels, an awkward inter-band romance and the frontman Joe Stretch has even become an internationally-published novelist. Now, this electro-indie band is back with a vengeance, touring across the UK in October. The result is a fun synthetic pop record with heavy bass and even heavier guitars. 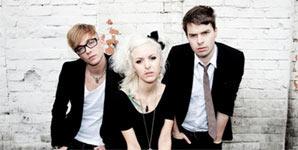 The album kicks off in brilliant fashion with Unconsoled, a fast paced and catchy electro track that sounds like a cross between Snow Patrol and Pulp. Joe Stretch flexes his vocals whilst synth-expert Joe Cross (who recently helped out on Hurts' new LP) establishes a superb backing in tow. The LP continues in this trend with killer riffs and complex melodics in The Killers-esque The Living, that shouts out 'this is serious' - how more wrong can they be. Miracles follows in this fun tradition, which whilst sounding a bit out-dated, has a brilliant, and yet unusual, chorus that has lead vocals by guitarist Laura Marsden. Furthermore, the beautiful and oriental Eleanor reveals the intricacy of their instrumentals.

Joe Stretch's experience in novel writing is evident on this album also. The lyrics across tracks such as the haunting O, Surgeon and International reveal a maturity, creating an 'untechnicolour spectacle'; the track also possessing a great instrumental bridge that exemplifies that this band don't just have meaningful lyrics, they make some bloody great music too. Towards the end of the LP, the band transgresses across genres as they enter indie territory. Let's Start illustrates well how Performance can cross boundaries and produce a conglomerate of electro and indie. But honestly, the second half of the album loses pace as tracks with a much rockier edge such as The Love, New Beginning and 15 seem like filler tracks. Luckily, the final track Karaoke is probably the best single off the album, ending the LP perfectly. A beautiful and melancholic ballad, it states 'it'll never end'. Whilst this may be ironic, we can try and hope it never does.

Performance is definitely a band worth watching out for and it's quite unusual when we find a band that we get so excited for. Creating amazing pop tracks may seem dull for some but this is British-pop at its best. This is a performance you won't want to miss. 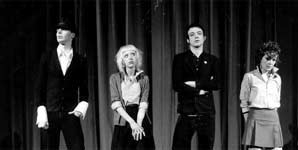 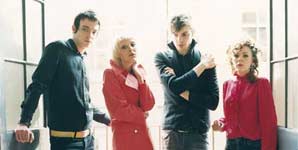