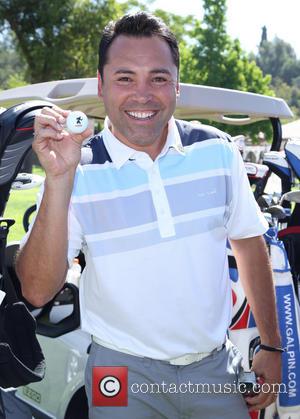 Retired boxer-turned-entertainer Oscar De La Hoya has been inducted in to the sport's Hall of Fame.

The fighter, nicknamed Golden Boy, became one of the ring's true heavyweights when he joined the International Boxing Hall of Fame in Canastota, New York on Sunday (08Jun14).

De La Hoya joined Felix Trinidad and undefeated Super Middleweight World Champion Joe Calzaghe among the Class of 2014 and admitted he was thrilled with his latest honour.

He said, "Today marks an incredible personal achievement, but it is only the latest milestone that never would have been possible without my family, my friends and, most of all, my fans."

The honour comes less than a year after De La Hoya hit the headlines in September (13) after announcing he was seeking help following a relapse in his battle to stay sober. He extended his rehab stay a month later.