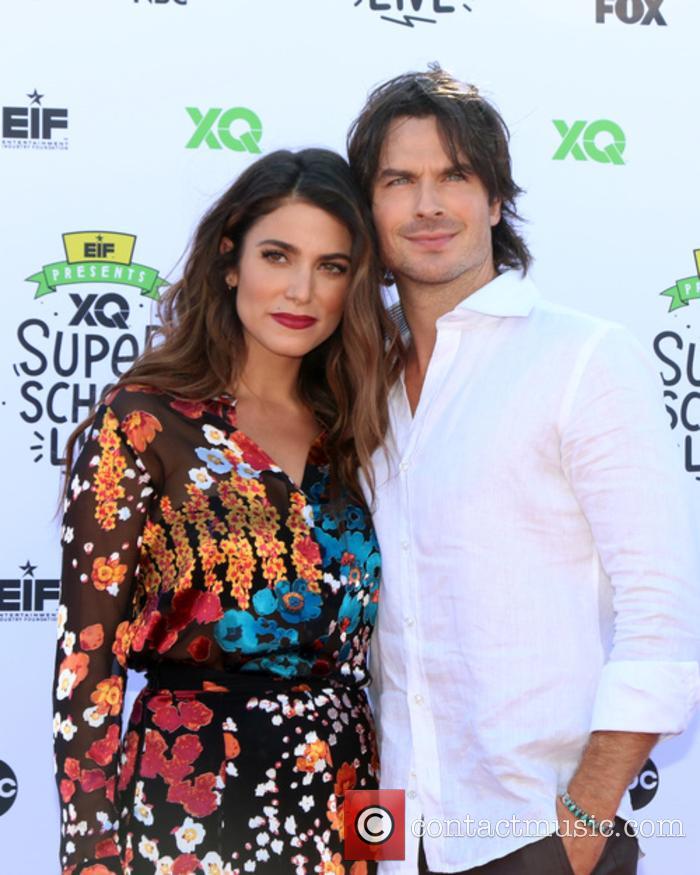 On the Informed Pregnancy podcast the couple were asked when they decided the time was right to have a baby. “May,” Ian answered (via E! News), to which Nikki replied, "Oh yeah...oh when you threw out all my birth control pills.”

Ian then attempted to explain himself, saying: “It was just time. But unbeknownst to poor Nikki, she didn't realise that I was gonna go in her purse and take out her birth control and pop them.

“By the way it was at the beginning of the pack so I had to pop all those suckers out, there was like 25 of them.”

Ian then revealed that there’s also a six-minute video of his wife "freaking out" as he flushed the pills down the toilet. "Actually, now thinking about it, I guess I kind of decided [to start a family]," he added.

Understandably, Ian faced some backlash and on Friday Nikki took to Twitter to defend him. "WOMEN'S RIGHTS MATTER, so please don't use false narratives to highlight issues that are truly important!" the actress tweeted.

“We should be talking about these things,but using a funny interview between married ppl &twisting it to perpetuate gossip is irresponsible."

She later followed up with a note addressed to the writer of the Cosmopolitan article, accusing them of ‘irresponsible journalism’.

"Quote from an article this morning claiming my husband tried to 'force (me) into pregnancy?!' Oh and my favourite line 'That is some unconsented bulls--t right there,'" Reed wrote.

”My response: Yep. When you actually listen to the podcast (which I'm sure you didn't) you'll hear how 'unforced' I felt. Ha! Also, 'unconsented' bulls**t is you speaking on my behalf in a story admittedly taken out of context for the purpose of stirring up drama WITHOUT my approval.

"Don't talk about consent to me. And lastly, how dare you try to cast a dark shadow over one of the happiest most memorable days of my life – you're not only disrespecting me but my baby.”

Nikki signed off the note by adding: "Oh, and next time you try to stand up for women by writing an article 'about women's rights', try properly conveying the way I felt. It's a shame that this was your way in. You have a platform, write about things that matter by using truthful stories, not gossip. Thanks and goodbye.”

Nikki and Ian announced they were expecting their first child in May 2017 and they welcomed a daughter, Bodhi Soleil Reed Somerhalder, in July.