Life's a treat with Shaun the Sheep!

The hilarious first trailer has been released for the Shaun The Sheep, the movie for the animated spin-off of Nick Park's well-loved Wallace and Gromit franchise. The children's animated television series centres on the titular sheep and his friends' antics around the farm on which they live. 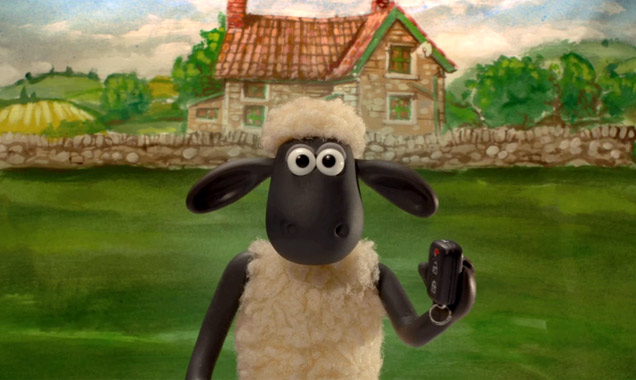 Shaun The Sheep Will Be Taking His Cheeky Prankster Antics To The Big Screen.

The movie sees Aardman Animations team up with Studio Canal and has been directed and written by Mark Burton, the writer for 2005's hugely successful The Curse of the Were-Rabbit, and Richard Starzack in their directorial debut.

Watch The 'Shaun The Sheep' Trailer:

The trailer begins by spoofing the classic action movie trailers and we see our favourite ovine hero seemingly speeding along in a red hot convertible through a city. That is, until we see the high speed chase scene had been orchestrated by the clever flock who are using a backdrop, a chainsaw and some musical instruments ingeniously before whisking them away when the farmer comes along. 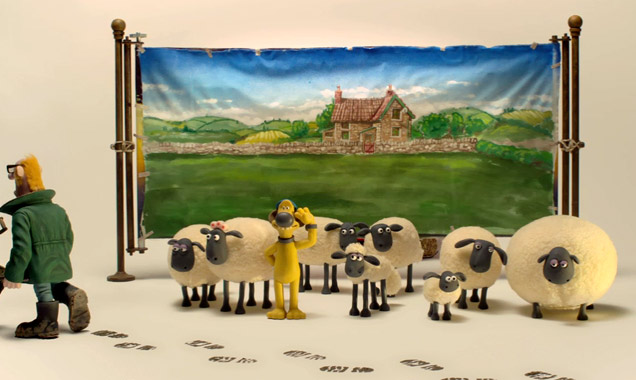 The Gang's Prank-Playing On The Farmer Goes A Step Too Far In 'Shaun The Sheep.'

In typical Shaun The Sheep style, the movie will follow the gang as they embark on an adventure bigger and even more exciting than ever before. Their fed-up farmer is forced to leave the farm for the bright lights of the city after the gang's exploits get out of hand. Shaun (Justin Fletcher), the sheep, and sheepdog Blitzer (John Sparkes) realise that they in fact desperately need him back to take care of them and so Shaun sets out to find out where he is, rescue him and bring everyone back to their green hillside home. 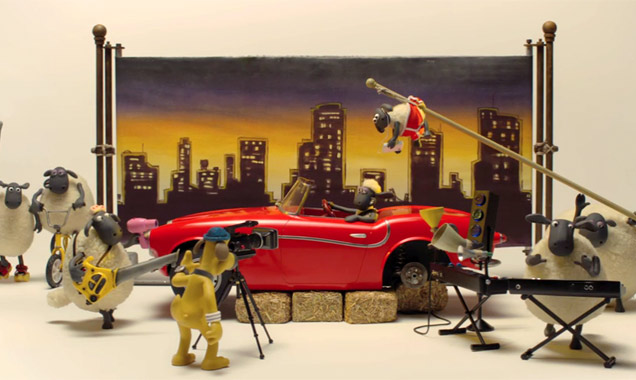 The Clever Flock Embark On A Quest To Persuade The Farmer To Return To His Farm.

"Shaun and his friends have a massive global following and we are very excited about being able to put them into a bigger adventure for the big screen." Olivier Courson, StudioCanal's CEO, said: "Shaun is a character you love at first sight whatever your age. We are really happy to work with Aardman; it's such a talented team."

Shaun The Sheep will be released in the UK on the 20th March. 'Shaun The Sheep' Will Be Speeding Into Cinemas From The 20th March 2015.