When you think of the words alternative spirit you think -upbeat, raucous indie-pop music and that's exactly what this new PIAS compilation album provides. The album consists of 39 tracks from artists such as Roisin Murphy, Basement Jaxx and Fleet Foxes. 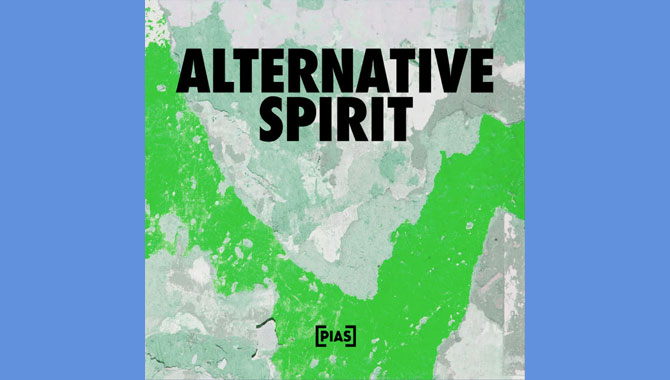 Alt-J's Left 'Hand Free' is a fun opening track with its catchy hooks and upbeat melodies - a perfect intro that leads into The Black Keys track 'Tighten Up' which is one of the compilations many highlights. With a raw, blues sound it's everything you'd want (and expect) from a Black Keys track.

One of the more guitar heavy tracks comes courtesy of Bloc Party and their contribution '3x3'. Its hard-hitting vocal and frantic playing remind us just how good their album 'Four' (which the song was featured on) was.

'The Last Garrison' is one of Enter Shikiri's most popular tracks and the loud and boisterous track is a great pick me in the album and cannot help but want to head bang along to the track. The album takes a different musical turn with Irish trio Two Door Cinema Club and their 2010 track 'Undercover Martyn', its upbeat, poppy sound makes it a great summer track and fitting for a festival sunset with a beer in hand.

Overall the compilation album gives something for everyone demonstrating the talent the label have released over the years. It's nice to be able to reminisce over some of the older songs as well as hearing upcoming bands to look out for.