Review of Homegrown By Joan Album by Stalker Miller

In an age where streaming farms are generating tens of thousands of plays through the use of repeat plays on hundreds of 'fake' phones, it is refreshing to know that music can still be made at grass roots level and come to be heard. When everyone is competing for listening time, when major artists are flooding hosting sites with more and more material to generate increased overall coverage and when there is so much more to have to filter through before you even find what you're actually looking for then finding a bone fide album; written, recorded, arranged and produced by a set of unsigned musicians determined to do it on their own; is an absolute delight. 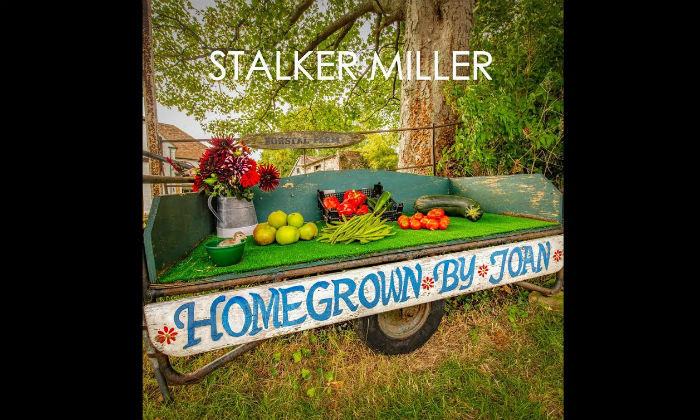 In 1989, when the biggest popstars of the day were arguably Kylie and Jason, The Stone Roses released their debut LP on Silvertone Records and lowly Sutton United beat Coventry City 2-1 in the FA Cup's biggest 'Giant Killing' upset of all time. Whilst Stalker Miller may not quite (yet) be the next Stone Roses or Sutton Utd., the band have seen a will and determination come to fruition with the release of their debut album 'Homegrown By Joan'. The five-piece band from the South-East coast are not your typical start-up success story of late. They are not shoegazing youths who've spent far too long alone in their bedroom twiddling with knobs to produce some subterranean electro-flavoured soundscape that could soundtrack any angst-ridden teen Netflix series. No, Stalker Miller actually play real instruments.

The ten tracks that make up Stalker Miller's first album are a fusion of ideas that has no agenda other than to facilitate the music that they wanted to make. Indie, folk, Britpop and psych references can be heard throughout the cohesive debut album. The production is crisp and the arrangements imaginative and completely complementary to their style. First track 'Roll Out', one of a few tracks on 'Homegrown By Joan' with two distinct parts, is a fitting introduction to Stalker Miller and to the album itself. All the elements that combine to make up the band and their sound are deftly delivered here. Steve Miller's funky bass-line gives way to lead singer Ruth's vocals as Chris Isherwood and Shane Taylor's guitar riffs are spliced into the mix. Underpinned by a tight percussive beat, courtesy of drummer Pete Nelson, the song switches tack for the last quarter to reveal a tender, harmonious refrain.

There is a more laid-back lilt elsewhere. Ruth's almost angelic vocal (somewhere approaching Sonya Madan) sits atop the gentle rhythms of 'Knitted Muffins' as she duets a song about a crazy wizard called Ken, whereas 'Tearaway' comes with a moody and melancholy backdrop with intermittent and menacing guitar passages creating drama and theatre along the way. 'Car Park Man' is ushered in on celestial waves of sound that ultimately breaks free this upbeat song. The increased BPM, playful interaction between guitars and drums and steady walking bass-line score possibly the most immediate and engaging track on the album, capped off with a beautiful a cappella finale.

Guitarist Isherwood takes lead vocal duties, and Ruth backing, during the almost Flamenco-like 'Dirty Rascal'. With the melodica in the background, the narrative storyline develops. Chris's vocal is nothing like Marc Almond's, but the song has a Willing Sinners undercurrent to it and that's no bad thing. Closing out the album is, penultimately, the most aggressive and fully loaded track on the album: 'Causes Altered'. The squally guitars and intense percussion are unrelenting throughout with the lead and rhythm guitars brilliantly balanced. Finally, the longest track on the album, 'One Eyed Nun', closes out the debut album from Stalker Miller. The harrowing tale is a sombre recollection and uses a suitably restrained arrangement to help capture its message.

If you're after an antidote to the perplexities of modern life, if you're done with over-manufactured, processed and battery framed fodder, if you'd rather something more free-range, organic and generally natural and wholesome (or even if you're just the curious type), you might want to give Stalker Miller a listen. If you're sick of 'Bot Farms' and suggested playlists, algorithms telling you what you should like and listen to, and you want a little more honesty in your music, 'Homegrown By Joan' could just be your bag.