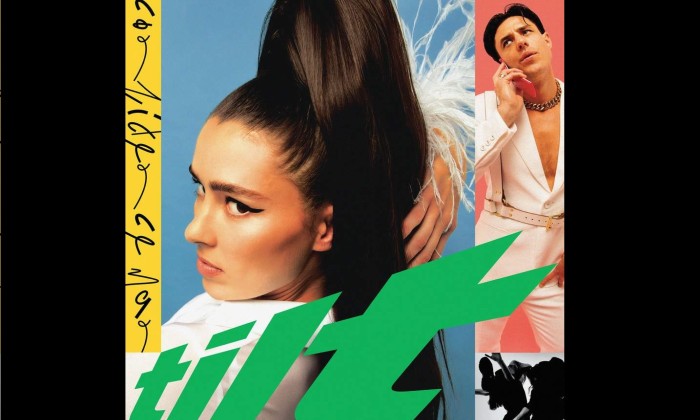 The opening track on the album, and it's recently released third single - Woman, is a pumped up slice of hi-NRG that opens the door invitingly into an album that is bursting with effervescent fresh beats and exhilarating vibes. The feel-good factor is maintained through the floor-filling exuberance of the next track - Feels Like A Different Thing and on to the album's third tune - What I Like. Here Confidence Man's carnival of sound has more than a whiff of LCD Soundsystem's - Daft Punk Is Playing At My House about It, and lets face it, that's never going to be a bad thing.

Both the first and second singles, Holiday and Feels Like A Different Thing are top drawer dance floor anthems just aching to be belted out on a sweaty club night to a packed crowd just living in that moment of collective ecstasy. Alternatively you can get your groove on to the instrumental joy of Trumpet Song, bust a move to the frantic frenzy of Angry Girl or Push It Up gently with one of the more chilled out tracks on the album.

Confidence Man's latest full length release will have you recalling your best night at The Haçienda, Ministry Of Sound or Cream and will have booking tickets to the White Isle as you envisage yourself in amongst the sun tanned beautiful ones on the dance floors of Amnesia or Pacha (Either that or you'll be soundtracking your best ever kitchen disco!)

Tilt is your summer soundtrack waiting to happen; it's your up-lifting, energising burst of musical elixir that is going to whisk you from Ipswich to Ibiza or from Morpeth to Miami. Tilt is infused with a natural high that's sure to stimulate your endorphins and add to the inherently pleasurable experience of listening to it. This is no con-trick from Confidence Man, it's the real deal, a bona fide set of bangers.

Confidence Man’s new album - Tilt is due for release 1 April 2022 via Heavenly Recordings.