They might be without Kim Deal, but the group have still managed to release their first new material in nearly a decade. And it is good!

The Pixies released a brand new track on Friday (June 28), uploading the new tune 'Bagboy' to their website to stream and download (for free!). The track may be an indication that the remaining three members of the group are planning on going forward even without bassist Kim Deal, who left the group earlier this month, or it may just be something they had been working on and wanted to get out there now rather than waiting until the Best Of. 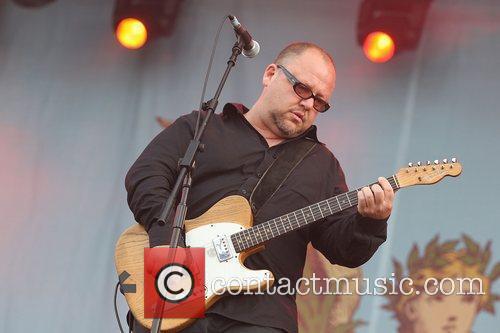 The group have released their first new song since 'Bam Thwok'

Bagboy is signature Pixies and features Frank Black yelling the chorus in typically shouty style. Though the song garnered almost universal acclaim on Twitter, many UK fans couldn't help but make the comparison between Frank's vocals and the voice of Brian Badonde, the charlatan art critic on Channel 4's Facejacker. 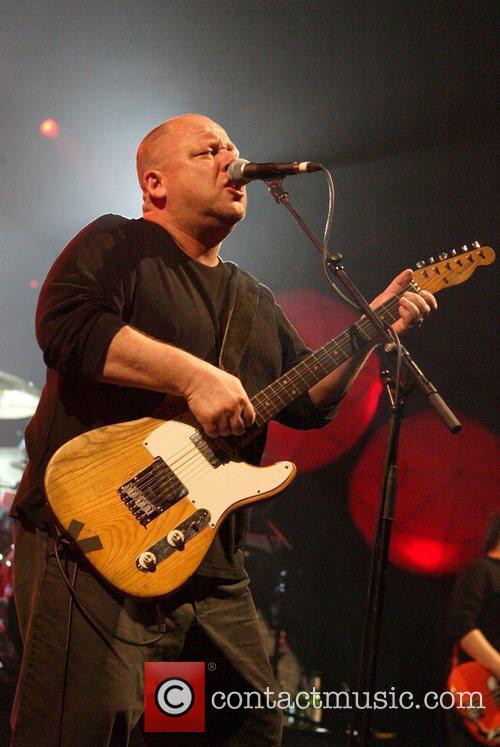 Frank Black Rocks Out With The Pixies

The band were apparently working on new material before Kim left, but it isn't clear where the band go next anymore

After nearly a decade back together, The Pixies look as though they're ready to fall apart again after bassist Kim Deal walked out on the band earlier this week. In a statement posted on the group's official Facebook page, the three remaining members of the group told fans that Kim had decided to leave the group by mutual consent, with the rest of the band thanking her for her contribution of the past 25 or so years.

Black Francis/Frank Black, Joey Santiago and Dave Lovering signed off on a statement that detailed Kim's decision and thanked her for her enduring contribution to the band during the good and the bad times. It read; "We are very proud to have worked with her on and off over the last 25 years. Despite her decision to move on, we will always consider her a member of the Pixies, and her place will always be here for her. We wish her all the best."

Kim meanwhile is still on course to continue touring with her band The Breeders, who she formed during the break-up of the Pixies in the early 90's (the band eventually split in 1993 before getting back together for a series of tours in 2004). Deal co-founded The Breeders with her twin sister Kelley and is currently touring on the back of the 20th anniversary of their first album, Last Splash.