Harry Potter (book series 1997 - 2007, film series 2001 - 2011) The Harry Potter series is a fantasy book and film series, based on the titular character studying at Hogwarts School of Witchcraft and Wizardry. Both the book and film series have gone on to become the highest grossing series' in their respective mediums. It focuses on Potter's quest to stop the Dark Lord Voldermort from taking over the wizarding world and wiping out all of those that cannot use magic. The original concept for the series was thought up by writer J. K. Rowling while delayed for four hours on a train ride in 1990. Due to the popularity of the novels and film series, J. K. Rowling now has a net worth of 1 billion USD. While the book series consisted of seven book, the film series contained eight movies. This is because, as the general public had become so connected to the world of the films, the final movie was split into two part - one wound down the world of the films, and the other provided the final climax of the series. The films are known for, amongst other things, their cast of some of the most famous British actors, as part of J. K. Rowling's contract that the films would only contain British actors for British parts. As well as launching the careers of Daniel Radcliffe, Rupert Grint and Emma Watson, the films contained Helena Bonham Carter, John Cleese, Robbie Coltrane, Warwick Davis, Ralph Fiennes, Michael Gambon, Brendan Gleeson, Richard Griffiths, Gary Oldman, Alan Rickman, Maggie Smith, David Thewlis and Emma Thompson, among many others.

He's a good sport when it comes to internet memes from his childhood career.

Even if you're not a fan of the 'Harry Potter' film series, you can't not like Daniel Radcliffe. It's got to be annoying hearing about the same movie franchise for the rest of your life, but you'd never know it from him. He was an excellent sport when Jimmy Fallon decided to introduce him to the world of Harry Potter memes.

You just can't get away from Hogwarts-themed memes and gifs on social media, though the 29-year-old insists that he rarely comes across them. On the other hand, he's always been thoroughly up for being the butt of whatever joke the internet comes up with.

Harry Potter may be a fictional character, but that hasn't stopped the world from wishing him a happy 38th birthday.

Today (July 31) may just seem like any other ordinary day to most people, but to the biggest Harry Potter fans, it marks one of the most exciting events on the calendar: Harry Potter's birthday. This year (2018), the boy wizard has turned 38, and is likely celebrating with a Butterbeer alongside old friends Ronald Weasley and Hermione Granger. 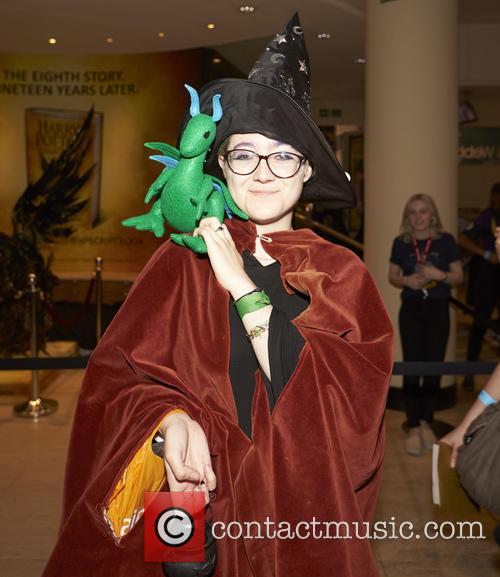 Yes, we know Potter is actually a fictional character, but he's somebody millions of readers and avid movie watchers across the globe have taken into their hearts. You just have to take a look at Twitter to see the raw passion so many still have for one of the most celebrated characters in literary history...

The teaser for 'Fantastic Beasts 2' is informative as it is thrilling.

It looks like Harry Potter fans will get to return to Hogwarts this Fall for 'Fantastic Beasts: The Crimes of Grindelwald'. The first official trailer is being feverishly picked apart for every little detail. There are new creatures, familiar names and a story that has long needed to be told. We literally cannot wait.

The teaser was unveiled at San Diego Comic-Con on Saturday (July 21st 2018) and it gives us a lot to chew over. David Yates is back in the director's chair and it's clearly another imaginative screenplay from universe creator J. K. Rowling.

Continue reading: Dissecting Fantastic Beasts: What The New Trailer Tells Us About 'The Crimes Of Grindelwald'

As every die-hard Harry Potter fan will know, today marks the official day that the 19 Years Later epilogue of 'Deathly Hallows' was set. It's an exciting moment, given that that's where Jk Rowling left the books in 2007, and the author certainly hasn't forgotten about it.

The 52-year-old writer declared today (September 1st 2017) as the day that her hero Harry Potter's second child Albus Severus went to Hogwarts to begin his first year of wizard schooling - and indeed the day that kicked off events in her play 'Harry Potter and the Cursed Child'.

Rowling is back on top of the Forbes' list of the highest-earning authors for the first time in 11 years.

With her Harry Potter universe back on the stage and the screen, Jk Rowling has returned to the top of the list of the world’s top-earning authors, more than a decade after she last topped it.

Forbes’ annual list, compiled data from print, e-book and audio sales data, television and film earnings and industry expert opinion, estimates that the 52 year old author earned $95 million in the twelve months to May 31st 2017 – more than $180 per minute.

This figure was largely driven by the book-form sale of the manuscript for new play, ‘Harry Potter and the Cursed Child’, which sold more 680,000 print copies in its first three days of sale in the UK when it was released last summer. It was the fastest-selling book since the publication of the final Harry Potter novel in 2007. 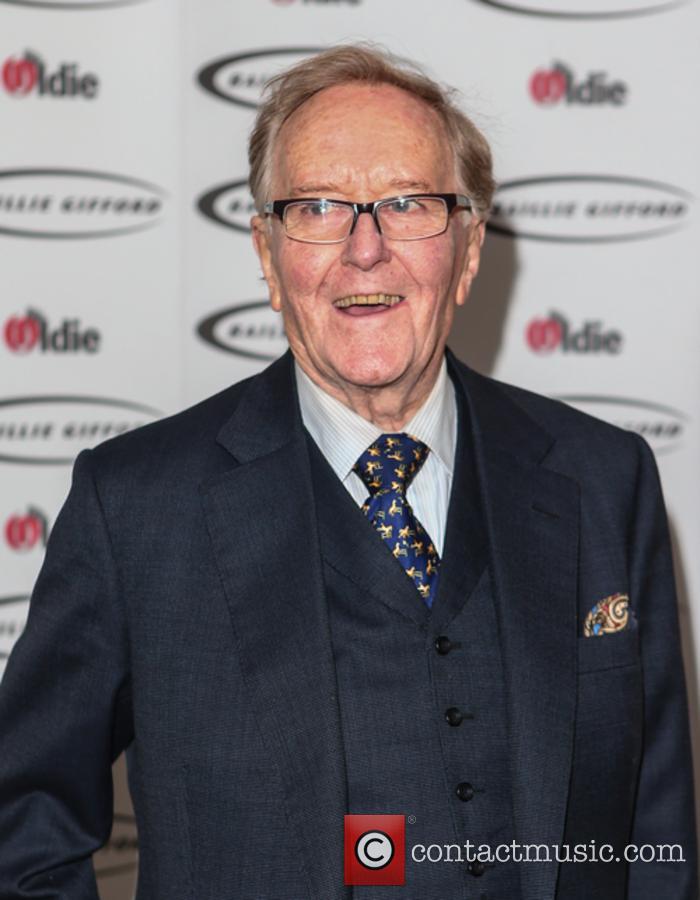 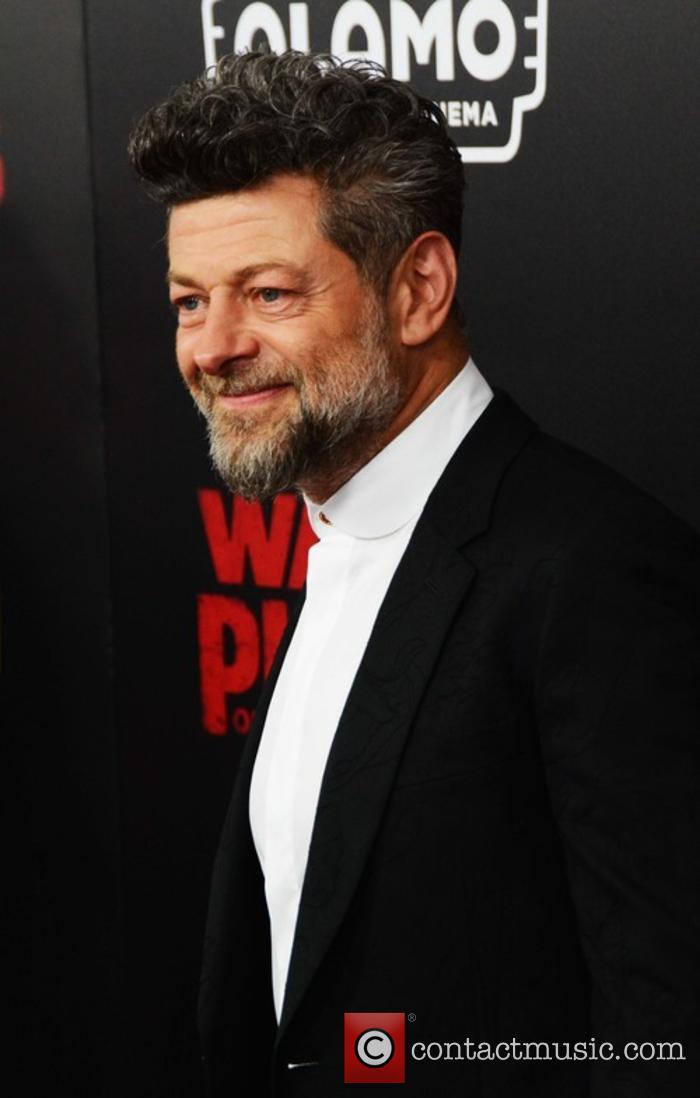 Is There A JK Rowling Book Which May Never Be Published?

Will we ever see the Fancy Dress themed book?

Jk Rowling has certainly been busy, with four short stories as well as work on 'Fantastic Beasts and Where to Find Them', all coming out in the last year. However, it would seem that there will be one piece which may never be published. 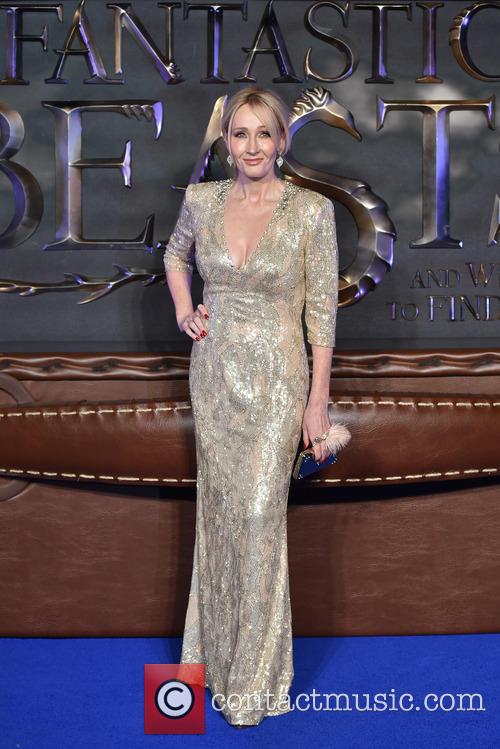 Continue reading: Is There A JK Rowling Book Which May Never Be Published?

Once a year on the anniversary of the 'Battle of Hogwarts', Rowling apologises for killing off one of the characters. This year, it was Severus Snape. Twitter was divided.

J.K. Rowling has divided millions of ‘Harry Potter’ fans by apologising for killing off the character of Professor Snape in the final book of the series.

The Scottish author, 51, tweeted the apology on the anniversary of the fictional ‘Battle of Hogwarts’, a clash between good and evil wizards in which many popular characters from the Potter universe met their demise. Rowling has previously said sorry for killing off Fred Weasley, one half of the Weasley twins, and werewolf Remus Lupin.

Jk Rowling pictured at the 2017 BAFTAs

Law will star alongside Eddie Redmayne and Johnny Depp in the 'Fantastic Beasts' sequel, due for release in November 2018.

Oscar-nominated actor Jude Law is to take on the role of the young Albus Dumbledore in the planned sequel(s) to Fantastic Beasts and Where To Find Them.

The 44 year old star has most recently been seen on the small screen, in Paolo Sorrentino’s acclaimed drama series ‘The Young Pope’. Now, he’ll be reprising a much younger version of the same character portrayed by both Richard Harris and Michael Gambon in the Harry Potter franchise, according to official site Pottermore.

The planned sequel to Fantastic Beasts and Where To Find Them, currently scheduled for a November 2018 release, will begin filming in August this year. It will feature Dumbledore as a humble Transfiguration professor at Hogwarts’, decades before he becomes headmaster.

Harry Potter and the Cursed Child cast seen at the UK Premiere of Fantastic Beasts And Where To Find Them held at Cineworld Leicester Square, London, United Kingdom - Tuesday 15th November 2016 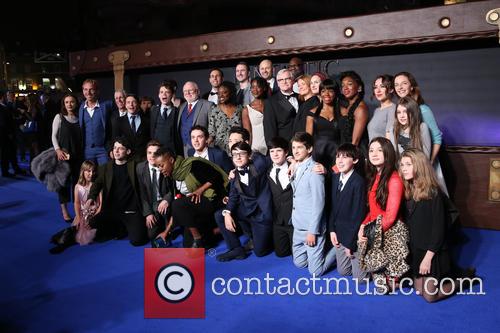 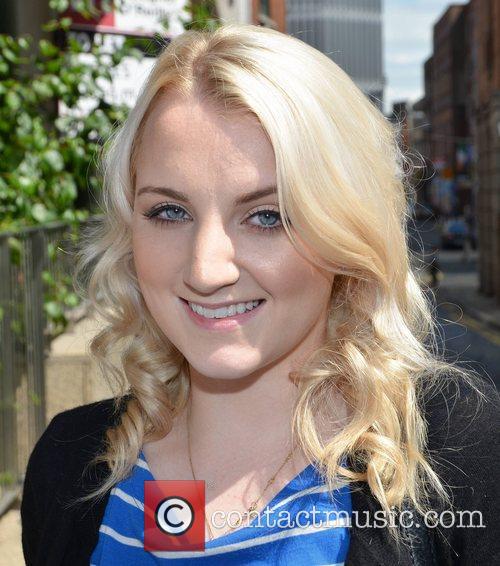 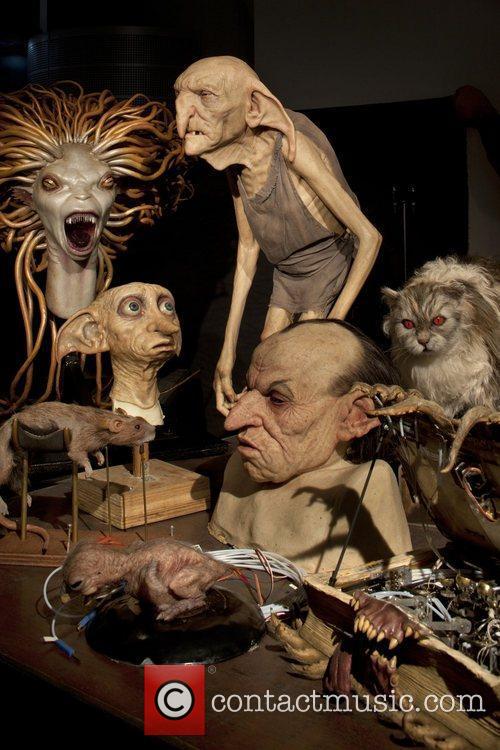 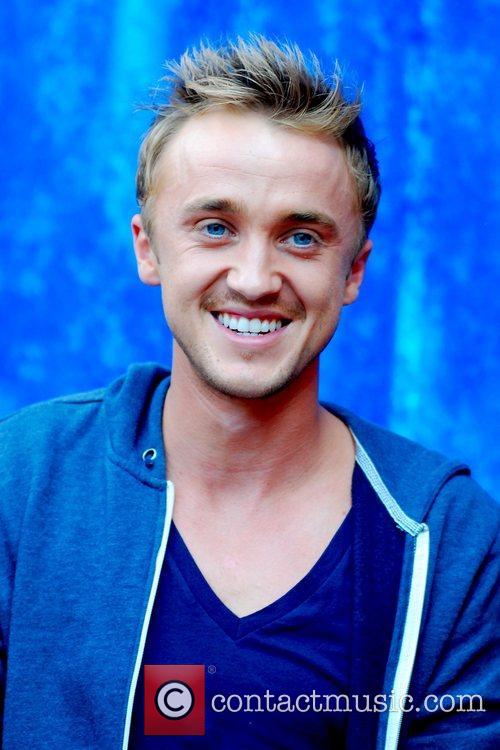 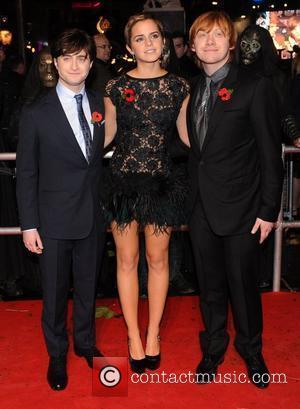 Harry Potter Play To Be Performed In Two Parts