The ace partnership between filmmaker Paul Feig and actress Melissa McCarthy evolves into something formidable with this raucous action comedy, which simultaneously spoofs the espionage genre and provides some genuine thrills. From ensemble player (Bridesmaids) to costar (The Heat) and now to the star of the show, McCarthy finds a role worthy of her talents, subverting rather than exploiting her distinct physicality. 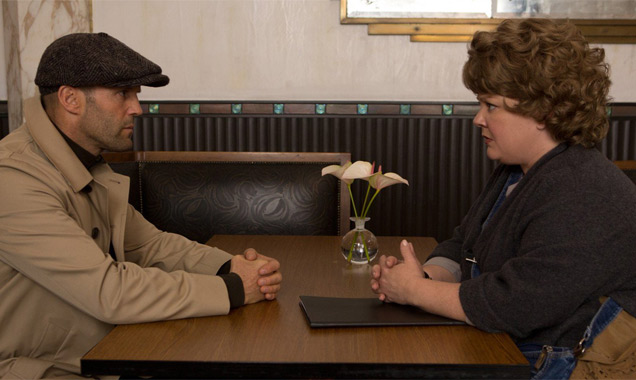 She plays Susan Cooper, a desk-jockey at the CIA who works with the field agents, guiding them by radio link through their dangerous paces. When star spy Bradley Fine (Jude Law) is taken out of service and all other top agents have their covers blown, the boss (Allison Janney) has little choice but to send the well-trained Susan into the field to take down the villainous arms dealer Rayna (Rose Byrne). With her best pal Nancy (Miranda Hart) as her office-bound helper, Susan gets into a series of disguises and travels to Paris, Rome and then Budapest. And despite the constant attempts of rogue agent Rick Ford (Jason Statham) to "help" her, Susan gets ever closer to Rayna and her gangster buyer Sergio (Bobby Cannavale).

The relatively simple plot is overcrowded with characters and subplots that add absurd layers of humour to the film, almost all of which are genuinely hilarious. Best of all, none of the laughs come at the expense of Susan, a capable, smart, witty woman who's the perfect alter ego for McCarthy (and certainly much more engaging than her obnoxious-slob persona in The Heat or Tammy). She has terrific chemistry with all of her costars, flirting shamelessly with the Bond-like Law, an amusingly swaggering Statham and especially the purringly hysterical Byrne. As always, the great Janney steals every one of her few scenes. Less effective is an extended goofy cameo by Curtis Jackson, aka 50 Cent, who at least shows willing to dive into some ridiculous comedy. There's also another terrific foil in Susan's local contact Aldo, played with leering, opportunistic relish by Peter Sarafinowicz.

The way these actors play off each other is a joy to watch, with flights of riotous improvisation and a willingness to push jokes far beyond the boundaries. Feig packs the film with utterly irrelevant running gags that offer silly distractions (such as a vermin infestation at CIA headquarters), but he also pays attention to the requirements of an action blockbuster, with exhilarating chase sequences and fights that build real tension while remaining true to the quirks of the characters and situations. In other words, it's impossible to get to the end of this film without hoping that a sequel is already in the works.

Watch the trailer for Spy here: 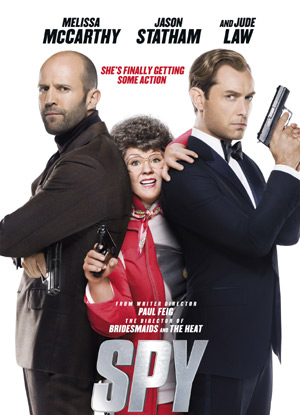