A multi-strand drama set in London, this film is very nicely shot and acted, but the simplistic script makes it difficult to properly engage with. Every plot point feels pushy, as the characters are forced into situations that are oddly contrived by screenwriter Leon Butler. This means that the actors feel less like real people and more like cardboard-cutout figures. At least they're sharply well-played by a superb cast. 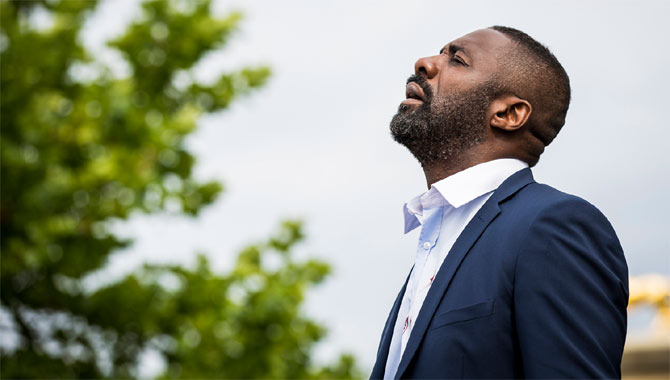 The central plot strand centres on Max (Idris Elba), a famous former rugby star whose womanising has shattered his marriage to Emily (Gemma Arterton), but he hasn't given up trying to win her back. She, on the other hand, is devoted to their children and developing a romance with a photographer (Tom Cullen). Meanwhile, cab driver George (Charlie Creed-Miles) and his wife Kathy (Kierston Wareing) have started the process to adopt a child. Then George is involved in a fatal car accident that leaves him badly shaken. And on a rough nearby estate, the teenaged Kingsley (Franz Drameh) is a thug simply because he doesn't know how to break the cycle of violence. But he wants to change. On a community service sentence, he meets veteran actor Terence (Ken Stott) who encourages him to explore his burgeoning artistic side.

These three storylines circle around each other in the same part of London, but only very rarely intersect. Each one explores the realities in a specific strata of society, from wealthy to working class to deprived. All of these people are struggling to get their lives back on track, facing unexpected challenges at every turn and finding encouragement in the places they least expect. All of this is very well-played by the gifted actors, adding emotion and energy to each scene. But the script never allows any of these stories to develop realistically, forcing each event with corny plot devices that limit what the actors can do with their roles.

The cast is charismatic enough to hold the interest and bring each of these complex people to life, even if the over-structured narrative continually simplifies their experiences while pushing them in artificial directions. Elba is of course particularly engaging as a man who is likeable and also deeply flawed. But even he can't sell his character's frankly ludicrous climactic scenes. At least director Jim O'Hanlon does a great job capturing the London settings. The film looks great, and nicely depicts the way various communities live side by side, even if there's very little depiction of how they interact.