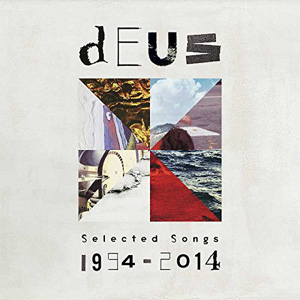 Despite a lengthy hiatus at the beginning of the century, this journey has continued over seven albums - their last, 'Following Sea', was released in 2012 - but whilst 'Selected Songs' spans two discs and thirty tracks, fans have already been at pains to point out that it isn't a straight forward 'Greatest...' package in any traditional sense. Figures, right?

Well, kinda. 'Suds & Soda' makes an appearance a third of the way in, and 'Theme From Turnpike' that follows it sounds like it belongs on Waits' magnum opus 'Swordfishtrombones', but dEUS have in fact been singularly Anglicised based on the body of work they reveal here, or at least astute enough to pretend they have. Much, in fact, has some familiar antecedents; 'Wake Me Up Before I Sleep' has the naked, emotionally charged understatement of The Eels, opener 'Instant Street' flakes of The Jayhawks' rusty Americana, whilst 'Via' sees Barman pulling off a pretty decent Tom Petty.

Fears calmed about biting the metaphorical heads off of bats, 'Selected Songs' can be savoured as both an exercise in playful boundary pushing and a showcase of the ensemble cast's versatility. Most of the time it sounds like, more importantly, they're having fun: On 'Constant Now', they are as orthodox as anything Coldplay, whilst 'Hotellounge (Be The Death Of Me)' is glorious, wide-screen rock 'n' roll and 'The Architect' is beetling post-punk. Of just as much value but another corner turned are the far more introvert passages of the closing half dozen songs, which are mostly lo-fi, first gear and country influenced. The pick of these is the mazy, bar room drunk of 'Secret Hell', but its confessional charm is almost matched by 'Disappointed In The Sun''s broken carburettor piano wheeze.

Weird. Its temporary fascination is the kind of thing that causes ripples, but ultimately drowns the artist in a wave of novelty expectations. 'Selected Songs' proves that dEUS are far more than a water spraying flower in the face, rather that theirs is a catalogue worthy of exploration, even if mostly for the brave hearted. 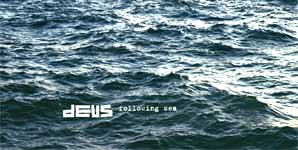 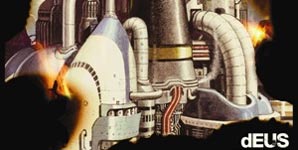 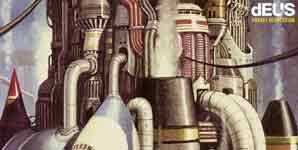