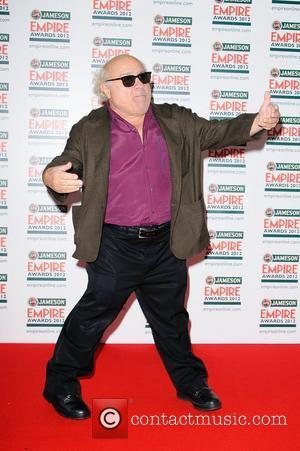 Danny Devito nearly died laughing after Robin Williams relentlessly delivered one wisecrack after another while they were in a swimming pool.
The Twins star was relaxing in the water at a friend's home when funnyman Williams staged an impromptu stand-up routine, and his endless quips left the giggling actor gasping for breath.
When asked by Britain's The Metro about stars with good comic timing, DeVito replied, "Robin Williams. He'll murder you. He almost did kill me once. We were at a friend's. It was the mid-1980s... We all jumped in the pool. And Robin started one of his riffs: it had to do with a Boeing 747 and Marilyn Monroe, and it was the funniest goddamn thing I ever heard... I opened my mouth at the wrong time, swallowed water and almost choked.
"They had to pull me out - I was choking laughing, my life was flashing in front of my eyes. I was spitting up, and he kept going."