Hollywood Couple Danny Devito And Rhea Perlman Moved In Together After Just Two Dates And An Awkward Macrobiotic Dinner. 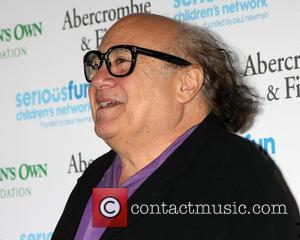 The pair spent 11 years "living in sin" before DeVito wed his longtime partner, and they've been married for 33 years, and Perlman recalls the beginning of the relationship was a whirlwind.

She tells WENN, "We dated for two weeks and that was it. We had about two big dates. We met when he was doing a play Off-Broadway, The Shrinking Bride, and my friend was in it, so I went to see it. We all went out afterwards and I asked my friend if he could join us because I was immediately drawn to him. He did and he took my phone number and called me.

"I had a male roommate at the time who answered and Danny is from New Jersey and that did not seem right to him. I was from Bensonhurst, Brooklyn and I had lots of male friends and that was not the way it was done in New Jersey so it took him a while to come around. I had to tell my friend that I wanted him to call back.

"Since he had an apartment in Manhattan and I was living in Brooklyn, and it was the early '70s I moved in! This was after two dates.

"Our second date, we went to a microbiotic restaurant, The Cauldron, in the East Village and I was the knish and hot dog-eating girl on the street. He ordered some stuff and I was like, 'This tastes like wallpaper! Oh, Danny, you eat this all the time?' He's like, 'Oh yeah, it's really good. You'll get used to it!' He got used to not being macrobiotic, and now we're married 33 years."