It's been six years since the last Cars movie (there were two Planes movies in that time), and the filmmakers have wisely decided to go back to basics for this one. After the sequel's foray into global spy mayhem, this movie keeps its focus on the race track. There's still that nagging lack of logic in the premise: a world of cars living like people, except that there are no people. But the oddest thing about this movie is that its themes are aimed at grown-ups, not children.

It opens as Lightning McQueen (voiced by Owen Wilson) is at the top of his career, winning every race and celebrated as a rock star. Then young upstart Jackson Storm (Armie Hammer) beats him, using high-tech training methods. To boost his speed, McQueen's sponsor (Nathan Fillion) sets him up with hot new trainer Cruz (Cristela Alonzo). But the old-school McQueen doesn't like simulators; he wants to feel sand in is tyres. So he takes Cruz on a cross-country trip to tap into his roots and show her the purity of racing on a dirt track. This involves seeking out salty old trainer Smokey (Chris Cooper) as McQueen prepares for a make-or-break race. Meanwhile, a TV pundit (Kerry Washington) drastically cuts McQueen's odds of winning any more races at all.

It's unlikely that kids in the audience will be able to identify with the central idea that you need to recognise when it's time to step aside for the younger generation. But then, they're mainly watching these movies for the vroom-vroom action, then buying the merchandise and recreating the races at home. The plot is for the adults, really, and this film provides a very nice story arc for McQueen (and Cruz as well). There is also, of course, a non-stop barrage of automotive puns and sight gags, silly side characters and wacky action. The stand-out scene is a riotous demolition derby in the mud.

Lightning McQueen is a legendary Piston Cup champion who might have shown humility and sportsmanship in the first movie, but 'Cars 2' was all about the heroism of his best pal Mater. This time, Lightning McQueen is back in the front seat, but he's not quite the car he used to be. He'd seen it coming since he was a rookie, but now he's about to realise that he can't be a champion forever when the newer generation of racers display a velocity that he can't begin to compete with. He's been forced out of action, but he's determined to continue what he loves to do. No longer able to rely on his old friends, he enlists the help of a young technician who is also in the midst of planning her own winning scheme.

The filmmakers behind Tangled and Wreck-it Ralph join forces for this entertaining animated action comedy, which has clearly been planned as a franchise-launcher. Energetic and funny, the movie is packed with wonderfully engaging characters and animated with clever visual inventiveness. But even though it's a lot of fun, it's difficult to escape the feeling that Disney is trying to sell us a whole new range of products.

The setting is a world populated only by animals, where predators and prey have learned to get along. The story centres on feisty rabbit Judy Hopps (voiced by Ginnifer Goodwin), who grew up under pressure to work in the family carrot-farming business. But she wants to be a cop, even though no bunny has ever made the force. Top of her class at police academy, she's assigned to the Zootropolis Police Department, where Chief Bogo (Idris Elba) makes her a meter maid. But she's too ambitious to write parking tickets all day, and teams up with con-artist fox Nick (Jason Bateman) to look into the strange case of a missing otter, which might be linked to a series of unexplained events in which predators suddenly became aggressive and dangerous.

The writers and directors have a great time with the premise, peppering scenes with knowing references mainly to other movies but also to resonant aspects of society, such as the genius casting of sloths as government workers. And there are also much bigger themes rattling around the edges, from how other peoples' expectations constrain us to how politicians use fear to control the public. There's also a cleverly pointed undercurrent about prejudice and diversity. And at the centre, Goodwin and Bateman give solid vocal performances as natural enemies who find a way to trust each other. Of the supporting cast, Elba is the standout as a buffalo who is all bluster.

By Norm Schrager
Bad
You've seen this before. Steve Martin as the nervous parent awaiting a baby delivery. Steve Martin reluctantly acknowledging his daughter's independence. Steve Martin falling victim to kids' pranks. From Parenthood to the Father of the Bride remake and sequel to 2003's Cheaper by the Dozen to, uh, last week's Yours, Mine and Ours, the man who began his career as a brilliant, absurdist comic has defined himself as a soft, weepy dad, running through a thousand family-film clichés. Cheaper by the Dozen 2 rehashes it all with no presence of originality or humor.

By Frank Ochieng
OK
Writer-director Pete Jones serves up a nostalgic slice-of-life in his examination of friendship and faith in the winsome but saccharine Project Greenlight winner Stolen Summer. Jones, the budding filmmaker whose chosen screenplay would emerge victorious among hundreds of competitors, delivers a film that has atmosphere and heart but ultimately ends up as just another anemic, personal story with well-meaning sentiment. There is much being made about the behind-the-scene politics of nurturing Jones's winning pet project through the Project Greenlight campaign, as well as his movie being the subject of a hit HBO documentary series. Sadly, this all feels like some publicity stunt more than it does a legitimate process in discovering talented artists.

By Christopher Null
Excellent
The Pixar boys are at again with Monsters, Inc. taking their computer-animation talents from toys and insects to the magical world of monsters.

Magical indeed -- the way it works is that all those monsters that hide in the closet and scare little kids only do so because they have to -- they use the screams as energy to power Monstropolis, which exists just on the other side of every kid's bedroom closet door in the world. 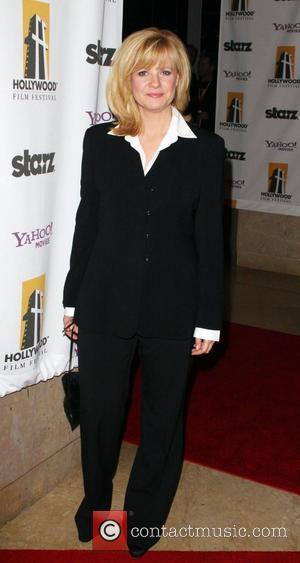