Awolnation is the project of Aaron Bruno, formerly of Insurgence and Under The Influence Of Giants and began after the Red Bull Records label invited him for use of their recording space. The resulting EP has now led to this full length record, which will be promoted with live dates in North America in January 2012. 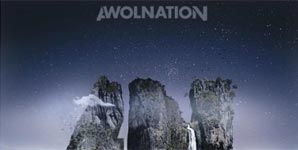 After a pointless couple of intro tracks, 'Soul Wars' is a frantic and horrendous start, built around a drum beat that sounds like it comes from the demo on a child's toy keyboard. The ranting vocals don't help and unfortunately there's more of this on the likes of 'Wake Up' and ear-splitting 'Burn It Down'. Thankfully, this isn't a characteristic of the full album and Awolnation actually show a good impression of The Killers; first evidenced by 'People', in which they craft a catchy electro-rock anthem. The standard of the other tracks might be Brandon Flowers' band at their worst, but there are poorer bands to be likened to and at least 'Jump On My Shoulders' and 'Kill Your Heroes' are pleasant enough to not need skipping. It ends as badly as it starts though with the gargantuan (near fifteen minutes) 'Knights Of Shame', which, when it concludes, leaves you damning the fact you can't get back the time you spend listening to such drivel. A late contender for record of the year this is most certainly not. 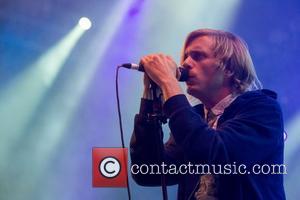