Quote: "She's really good at Russian, she's getting good at English, but she has an accent... a Russian accent!" Actress Hayden Panettiere reveals her two-year-old daughter Kaya has started speaking with a twang thanks to her Ukrainian father, boxer Wladimir Klitschko.

Quote: "I have all the faith in the world in him, and in fact, being a father, I think, has made him even more aggressive and dangerous." Actress Hayden Panettiere is confident her boxer fiance Wladimir Klitschko will emerge triumphant in his big match against Bryant Jennings at New York City's Madison Square Garden on Saturday (25Apr15). The couple welcomed its first child, daughter Kaya, in December (14).

Quote: "On paper, a relationship between the two of us looked crazy. From where we live to where we come from, the differences in our lives are fairly big. On the surface, everything about us is unalike. But at our core, our morals and goals in life are very similar, so our differences become a lot less terrifying." Hayden Panettiere on her relationship with Ukrainian boxer Wladimir Klitschko. The pair has been engaged since October (13).

Fact: Actress Hayden Panettiere's boxer fiance Wladimir Klitschko has lined up his next fight - the towering Ukrainian fighter will meet Samoan-Australian Alex Leapai in the ring in Germany in April (14).

Fact: Actress Hayden Panettiere helped to design her own engagement ring by teaming up with creatives at Montblanc. She tells Eonline.com, "They made me this amazing book where they did a bunch of sketches. I told them my idea over time and tweaking things here and there, it came to fruition." The former Heroes star confirmed her engagement to boxer Wladimir Klitschko earlier this month (Oct13) after showing off the diamond rock during an appearance on U.S. Tv. 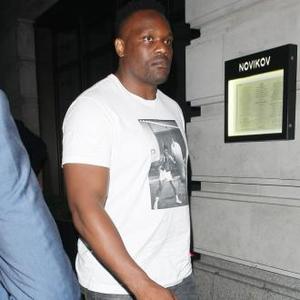