Review of Seabed Album by Vondelpark

The most enticing thing about music is that very occasionally a band can emerge from pupation in a newly assumed form, one so far away from the original that the change almost constitutes a minor miracle. When Vondelpark first surfaced a couple of years ago, California Analog Dream, one of their initial offerings, pointed to little more than yet another bunch of watery post punk acolytes with an early New Order obsession. Fast forward to now and both it (subtly remodelled for here) and the entire Vondelpark philosophy has been re purposed, any awkward feeling of derivation now emphatically stored in the file called forgotten. 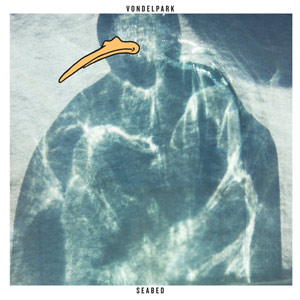 One of the strangest phenomena of recent times is the schism that seems to have opened up between those people attempting to collapse your internal organs by using sub bass frequencies that normally only a Cocker Spaniel can hear, and those that prefer to use more skeletal, understated devices where the space between the notes is just as important as the noise itself. Vondelpark are in the latter camp. They sound like they've just wandered in from some trippy archaeologists beach party, but in fact they're three young men from London -  Lewis Rainsbury, Alex Bailey and Matt Law - who make a kind of blissed-out, Ibiza style R&B without the big licks. It sounds like it shouldn't work. But like their closest neighbours in this minimalist disco movement The XX, it's an approach that produces some beguiling results.

The real life Vondelpark is an open space in Amsterdam, a fact which shows that the trio chose their identity with some thought. Most of Seabed feels like it would be the perfect aural companion to a long, sultry July afternoon there; Blue Again is laid back and hazily gorgeous, whilst Always Forever comes across like The Weeknd without Abel Tesfaye's acute sense of paranoia. Much of the vulnerability which keeps it on the right side of what could otherwise be standard chillwave vacuousness comes from Rainsbury's voice, which can be either slight or soulful depending on the mood. At its most barren on the languid Closer, on the album's title track that follows both he and it are still almost holding themselves back, as if waiting patiently for a train where the line was ripped up fifty years ago.

Seabed if anything is proof should any more be needed that austerity can make for the listener becoming fascinated with joining the dots on their own: on Dracula the bygone PM Dawn tones are almost overpowering, Rainsbury not for the first time sounding like he's half asleep, whilst closer Outro 4 Ariel builds around a lonely set of piano notes and a vaguely disconcerting ambience brought about by the realisation that every instrument is being played in a room just down the hall. Ultimately, it's an album that will probably slip between the cracks given the slow burning nature of its charms. But given how far they've come in the last two years, imagine what Vondelpark will be able to create on their next outing. 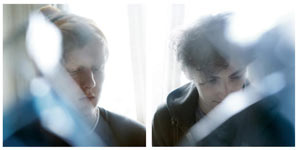