By Ben Walton in Music Reviews on 04 November 2016

When The Computers hit the scene two albums ago, their sound fused hardcore punk and garage rock with blues and soul music, creating an engaging and individual sound that nobody else was peddling. Naturally, as they grew and released more music, their sound developed and some of those rough edges which made this band such a quirky proposition. Birth/Death is their third album, and The Computers are unashamedly aiming straight for the mainstream.

The record opens with an a capella intro before going into recent single Want The News, Here's The Blues. The guitar introduction sounds like something by The Police, but when the song really gets going there are a lot of keyboards here adding a heavy dose of gloss. The production here is very slick and any hint of hardcore punk is more or less gone. Next up is This Ain't Right, a decent enough tune with a great (if incredibly short) instrumental section with rough guitars and bongo drums.

For an album by The Computers, Birth/Death is disappointingly conventional. The worst culprits of this are Weighed Down and Little Death which tread water and leave little impression. There are moments which start off worryingly but then turn into great songs, like NYE, whose intro could be from any pop artist, but thankfully it builds to a decent tune with a strong chorus.

Leeds Festival has been a not-to-miss date in our calendar for years. Over the past few years the UK has seen many boutique and independent festivals pop up and more people appear to be getting their festival fixes from these smaller events, but they're never going to be able to provide what Leeds Festival does so well. Consistency! Sometimes it is a case of 'you get what you pay for' and Leeds is a perfect example of that. Sure, Leeds perhaps isn't for the more mature gig attendee, but it never has been. It's a weekend of fun and partying that sees thousands of music fans partake in the festivities.

Since its inception organiser Melvin Benn and the team at Festival Republic have known exactly who their audience is and catered for them, Leeds & Reading festivals now run as a well-oiled three day event that means everyone who's bought a ticket will have a great time. Even the toilets in the main arena are kept to a good level of cleanliness, far higher than most of our experiences at smaller festivals!

Set in one of the most ideal festival grounds in the UK, Bramham Park, the festival has a well laid out site plan and features plenty of bars and activities outside of the main arena to keep people occupied all through the day and night.

Given that my first introduction to the music of The Computers was a brutal, rip-roaring track called Lovers Lovers Lovers on a New Heavy Sounds compilation album, I was somewhat surprised by the sounds coming from their second full length album Love Triangles, Hate Squares. Where Lovers Lovers Lovers delivered a full throttle assault in the same vein as a band like The Bronx, with screamed vocals and a gravelly, punk rock guitar tone, the music on Love Triangles, Hate Squares has a much more refined vintage quality, taking in influences like The Hives. I was at first taken aback by the new, smooth and radio friendly direction the band had gone in, but if you can get used to it and accept it, The Computers have actually made a fantastic album. 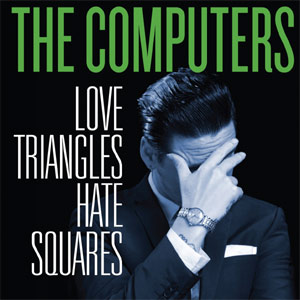 The album kicks off with Bring Me the Head of a Hipster, which more or less tumbles out of the speakers in a haphazard rockabilly stampede. The vocals are smooth and there is a piano in the mix, but you get the feeling this thing could come off the rails at any moment. Rather than going soft and losing any spirit, it is clear that The Computers are still mad for it.

The opening track seems to act almost as a bridge from their old sound to the new as what follows with the title track is an incredibly poppy and accessible tune with riffs pinched from the Rolling Stones and yet another undeniably huge chorus. Next up is Mr. Saturday Night, which cranks the pop dial all the way round to eleven. It is not a million miles from some of The Gaslight Anthem's latest work and even adds a keyboard solo and a joyous stomping coda. 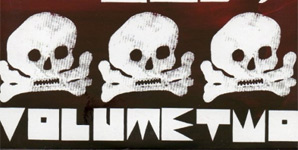 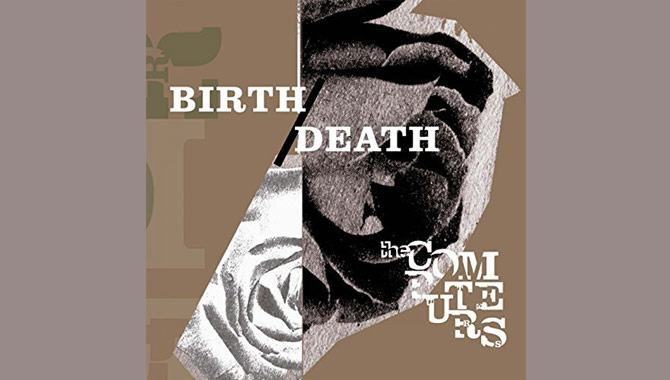