The Americans - The White EP Review

Review of The White EP by The Americans

The Americans are a band who wear their influences proudly and readily on their sleeves. The White EP references everything from Prince, Stevie Wonder and Elton John to The Beatles. (Especially The Beatles. Certainly having Sean Lennon produce and guest star, as well as giving a nod to the band with the EP's title alone comes across as some sort of hero worship). Unfortunately, The White EP comes across not as an homage to these influences, but more a second rate hipster attempt at copying these classic artists. 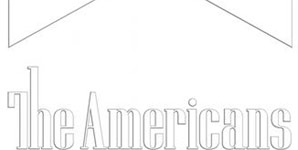 Opening track Try (Nobody Wants To) features pop goon Daniel Merriweather, but thankfully doesn't sound anything like something that could have appeared on one of his own albums. The whole thing sounds almost sickeningly sweet, with awful sixth form poetry style lyrics delivered lazily with barely any passion whatsoever. Even before the three minute mark, there are a number of ideal points at which this song could have ended, but no: it plods along repetitively for six and a half pointless minutes. You can see what they tried to do, but soul music needs soul, and it is somehow missing on this song, and indeed the majority of the rest of the EP.

There are a couple of highlights though. One comes in the shape of Diamond: A song showcasing some decent musicianship, with lulling slide guitar licks and some interesting piano work. Also the final track: Requiem (which features Sean Lennon) is a laid back beat pop track. It could easily be a Beatles b-side.

Unfortunately the highlights are few and just too little, too late and The White EP comes off as amateurish and dull despite the big names involved.

The Americans - The White