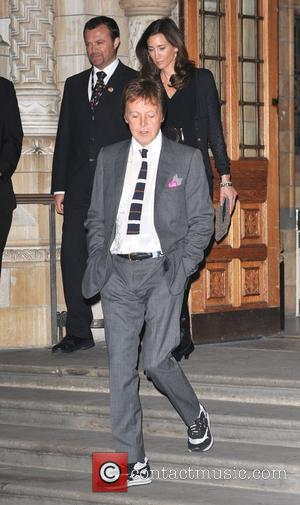 Sir Paul McCartney tried to turn the Dalai Lama vegetarian, insisting the famed Buddhist was "wrong" to eat meat.
The Beatles legend wrote to the spiritual leader to point out that meat-eaters contribute to the suffering of animals, contradicting his statement that Buddhists "believe in not causing suffering to any sentient beings".
And the Hey Jude hitmaker even disagreed when the Dalai Lama insisted he ate meat for health reasons.
In an interview with Prospect magazine, MCCartney says, "I found out he was not a vegetarian, so I wrote to him saying 'Forgive me for pointing this out, but if you eat animals then there is some suffering somewhere along the line'.
"He replied saying that his doctors had told him he needed it, so I wrote back saying they were wrong."