In a New York Times profile, the returning pop singer said that the producer is "not a good person", though she didn't speculate as to the validity of Kesha's allegations.

Pink has waded into the ongoing legal drama between fellow pop star Kesha and her former producer Dr. Luke, whom she accuses of sexual assault.

The returning star, who announced her new album Beautiful Trauma recently, was profiled by the New York Times in an article published on Thursday (October 5th). One of the topics that came up was the abuse claims brought by Kesha against Dr. Luke, and while she of course couldn’t speak to the validity of the claims, Pink does consider them to be “karma” because Dr. Luke is “not a good person”.

“I don't know what happened,” Pink said about Kesha’s allegations that he sexually assaulted her in 2014. “But I know that regardless of whether or not Dr. Luke did that, this is his karma and he earned it because he's not a good person.” 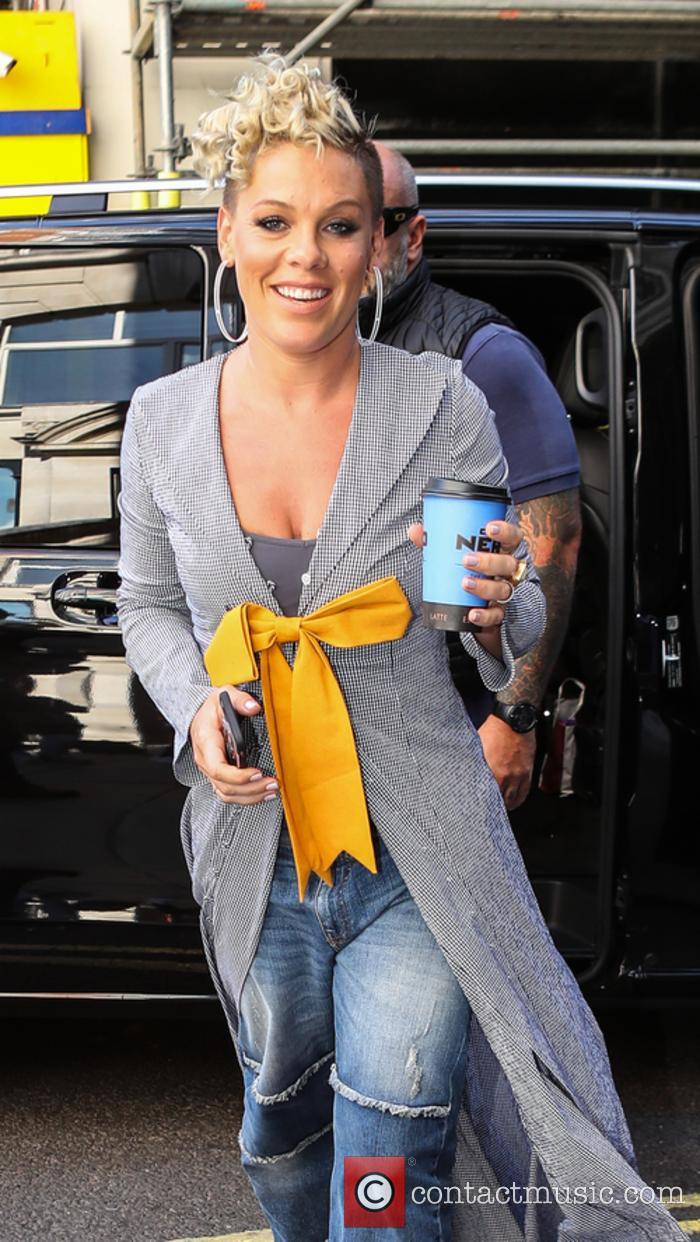 Pink said that Dr. Luke is "not a good person" and that Kesha's assault allegations are "karma"

38 year old Pink worked with the producer, real name Lukasz Gottwald, in 2006 for three songs that eventually appeared on her fourth album I’m Not Dead. Since then, she’s told him directly that she didn’t want to collaborate with him ever again.

“I have told him that to his face and I do not work with him,” she continued. “He doesn't do good business, he's not a kind person, he doesn't do the right thing when given ample opportunities to do so, and I don't really feel that bad for him.”

Pink’s remarks come just a few weeks after Kelly Clarkson echoed similar sentiments, revealing that she lost out on millions of dollars to avoid having a songwriting credit next to Dr. Luke’s name on a song.

“I don't want my name near his,” Clarkson told Z100 last month. “I want to pretend this didn't happen in my life and I want to forget it… I was making a point to the people working with me going, 'This is how much I didn't want to do this.' I don't care about the money.”

More: Ellen DeGeneres shows up Reese Witherspoon and Pink with a game of Never Have I Ever