The band re-post his video on their social media page.

Metallica sure have some talented young fans out there. They recently put out a request to all their social media followers to send them their own cover versions of songs from their tenth studio album 'Hardwired... to Self-Destruct', and one of their responses was just mind-blowing. 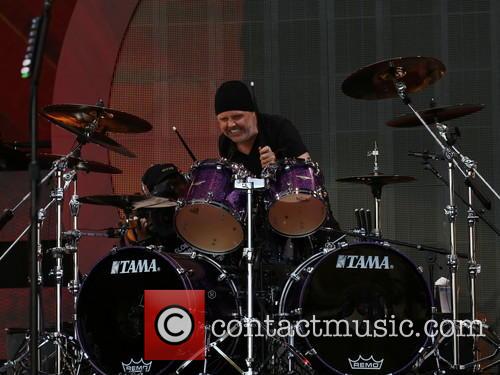 10-year-old gives Lars Ulrich a run for his money

The band have shown their support for a 10-year-old budding drummer from Philadelphia named Daniel Krilov by posting a video of his cover of 'Atlas, Rise!' from the group's new album on their Instagram page. According to reports, Krilov only began making music at the age of 8 but he is currently a star student at the legendary School of Rock Philadelphia.

His one-minute video featured himself, a highly confident looking kid, drumming away as casually as if he were doing something that didn't require years of practise and skill, with the video for 'Atlas, Rise!' playing in the background on a laptop.

'Today's fan cover comes from @djkdrums and features the young drummer jamming on 'Atlas, Rise!'', Metallica posted in the caption alongside the video on their Instagram page, which has so far reached more than 300,000 views. 'Nice work dude!'

The song is the second track on the first disc and also their latest single following 'Moth into Flame' and 'Hardwired'. Produced by Greg Fidelman, it was first released for Halloween at which time it came alongside a limited edition Hardwired Halloween mask at certain record stores.

Metallica - who are lead singer James Hetfield, lead guitarist, Kirk Hammett, bassist Robert Trujillo and drummer Lars Ulrich - also reposted a video of a self-taught guitarist playing a few riffs from the song 'Here Comes Revenge' from the album's second disc. It was one of the songs that was recorded live at Rasputin Music in California as part of Record Store Day celebrations.