Metallica's 'Enter Sandman' is super fun to try and play on any instrument, but nothing compares to watching James Hetfield and Lars Ulrich try and re-create it with The Roots on only classroom instruments. Alas, what would entertainment be without 'Tonight Show with Jimmy Fallon'? 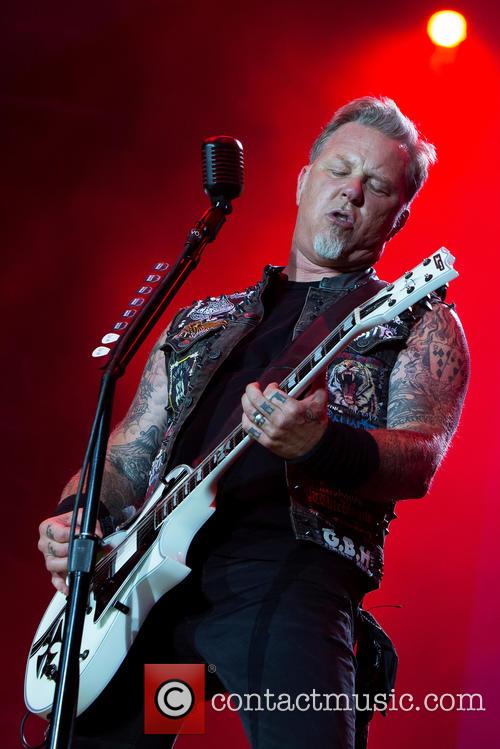 Who knew 'Enter Sandman' could be so child-friendly?

In the latest instalment of Jimmy Fallon's Classroom Instruments series, members of Metallica took up some rather unusual instruments that they probably haven't seen since elementary school and played their landmark 1991 hit 'Enter Sandman' accompanied by The Roots (who, by now, have got quite adept at using mini-guitars, tiny keyboards, glockenspiels and maracas).

While frontman James Hetfield played some kind of plastic oboe in between verses, drummer Lars Ulrich opted for one of those marching band drums. It's safe to say that very little of the instrumental sounded like the original song, and certainly was a mile away from Metallica, who are currently promoting their new album 'Hardwired... to Self-Destruct'.

The band released the first single from the album, 'Lords of Summer', way back in 2014, and they've gone from 'Lords of Summer' to 'Lords Of Chaos' with their new video for the track 'ManUNkind'. The video features Rory Culkin, Jack Kilmer and Sky Ferreira as part of a Norwegian black metal band called Mayhem; the fictitious band from Jonas Åkerlund's upcoming film 'Lords of Chaos'. The movie is based on the controversial and bloody non-fiction book 'Lords of Chaos: The Bloody Rise of the Satanic Metal Underground'.

'ManuNkind' is just one of a series of videos that Metallica have unveiled ahead of the album. They've done a visual piece for every song on the double-disc album, including 'Lords of Summer' which only appears on the deluxe edition's third disc. The latest video features the band performing track three of disc one, 'Now That We're Dead'.

'Hardwired... to Self-Destruct' is set for release on November 18th 2016 through Blackened Recordings.