By Holly Mosley in Lifestyle / Showbiz on 26 February 2018

The news comes after filing for divorce from Eve Mavrakis.

Just weeks after filing for divorce from his wife, it seems Ewan McGregor has now split from his current girlfriend Mary Elizabeth Winstead. As of yet, it is unclear whether or not he will attempt to repair his marriage to Eve Mavrakis, or make a fresh start entirely.

Following early reports of the break-up, Ewan was apparently seen visiting Eve Mavrakis at her home in Los Angeles, and even enjoyed a day out with their daughter Anouk. So it seems things are still amicable between them - if only for the sake of the children.

By Holly Mosley in Lifestyle / Showbiz on 23 October 2017

Ewan McGregor has allegedly split from his wife of 22 years.

Having recently been snapped kissing Mary Elizabeth Winstead in a London cafe, it has been announced that Ewan McGregor is now separated from his wife of more than two decades. The pair decided to go their separate ways five months ago, the same month that Mary Elizabeth announced her split from her own husband.

It seems 46-year-old 'Fargo' star Ewan and his 32-year-old co-star Mary Elizabeth had no reservations about displaying their newfound off-screen romance when they shared an intimate kiss on a date at The Good Life Eatery in St John's Wood this month. Naturally, people are surprised given that Ewan has been married for 22 years. 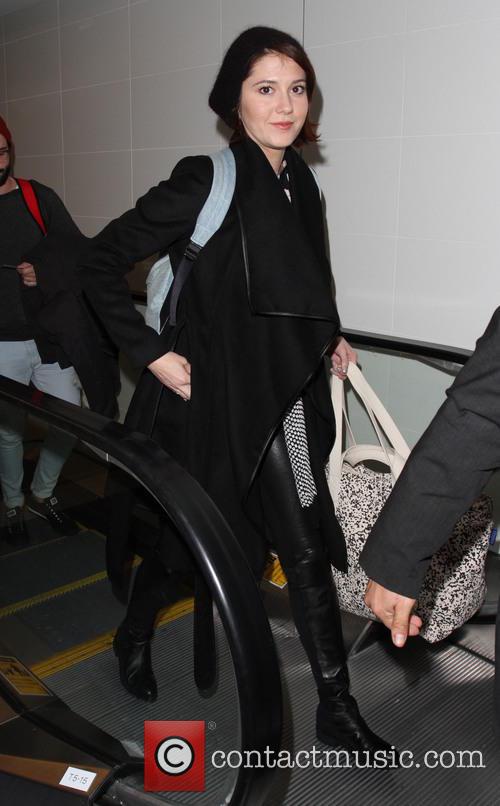 When Michelle wakes up from a serious car accident, she finds that she's been taken in by an older man who lives in an old underground bunker. Her rescuer swears that he's saved Michelle from a deadly chemical that's been accidentally released, she finds it ever harder to believe and decides she must recuperate and escape the person she sees as her captor. Formulating and in part executing her plan, Michelle soon learns the truth behind the situation she finds herself in.

Is she safer out in the world or down below in the bunker?

10 Cloverfield Lane is an unrelated sequel to the 2008 film 'Cloverfield'. Whilst that film was directed by Matt Reeves, the new film sees newcomer Dan Trachtenberg pick up directorial duties. JJ Abrams once again acts as a lead producer. 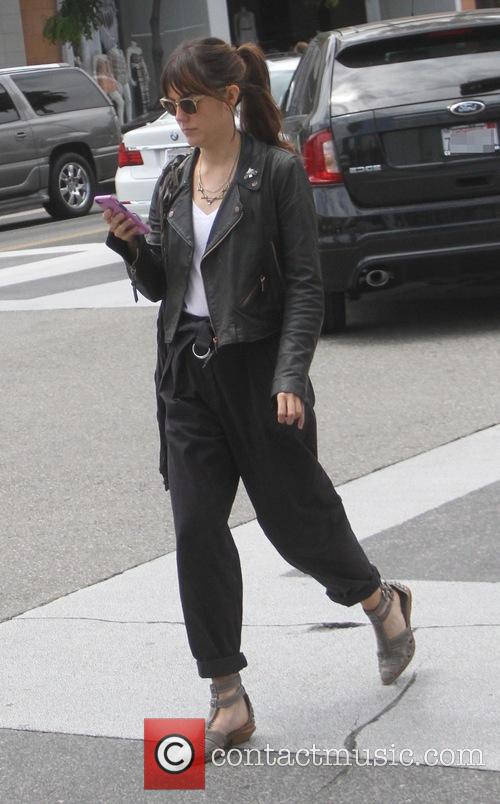 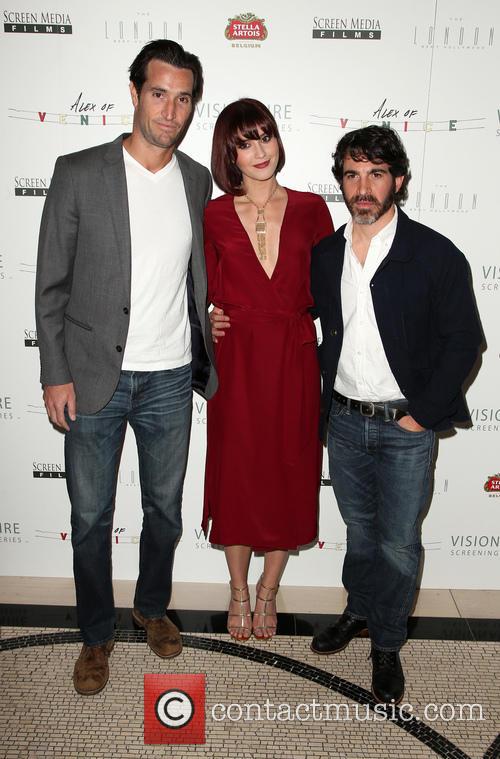 Actress Cameron Diaz has hit out at the celebrity nude photo hacking scandal that has dominated the headlines this week, calling it "a major violation."

Diaz expressed her sympathy for the celebrities who were targeted

The actress made the comments whilst appearing on ITV's 'This Morning' to promote her new film Sex Tape, which sees her and Jason Segel play a couple who must retrieve a number of iPads they gave to friends as wedding favours in order to delete a sex tape they recorded which has been sent to the devices. This plot is particularly relevant to the current real life situation, which many are blaming on Apple's iCloud.

Kill the Messenger follows the real life story of Journalist Gary Webb (Jeremy Renner), as he stumbles upon the story of a lifetime. When Webb hears that the US government was aware of the exportation of drugs to America, he begins following up the story. This, in turn, leads him to uncover a conspiracy where the CIA imported vast amounts of cocaine to sell in the US in order to raise money for the Nicaraguan Contras rebel army. Webb is then faced with the option to leave the story alone, or continue his investigation and put his career, family and own life at risk.

Sutter Keely thinks he has the perfect life; he's a high-school student with a car, a job he loves, a gorgeous girlfriend and the ability to make friends wherever he goes. Rather than thinking about his future and what graduation will bring, he's perfectly contented to take each day as it comes. It only becomes a curse when his girlfriend dumps him, but things take a different turn in his life when he wakes up after a particularly alcohol-fuelled night only to find himself in someone else's yard with a concerned looking Aimee Finicky next to him. Aimee's the good girl, who's never had a boyfriend and puts her focus on her future. Sutter finds himself falling in love and coming round to the idea of a quiet life, but thinking about the future has made him wonder if he should factor in Aimee's at all.

There really is no point in looking for logic in a fifth Die Hard movie; these films have become a parody of themselves, wallowing in their inane action set pieces and sassy one-liners without much concern for plot or coherence. And this is no exception. There may be the bare bones of a decent narrative here, as our hero John McClane gets in the middle of a messy spy situation. But the unsubtle filmmaking blunts everything. On the other hand, it's so committed to entertaining us that resistance is futile.

This time, John (Willis) takes an urgent trip to Moscow, where his estranged son Jack (Courtney) has been arrested for murder. But before John even gets into the courthouse, chaos erupts in the streets and John ends up on the run with Jack and Yuri (Koch), a fellow prisoner. As cars and buildings crash down around them, John discovers that Jack is actually an undercover CIA operative helping Yuri escape in exchange for a file of information about corrupt government official Viktor (Kolesnikov). As Viktor's tap-dancing goon (Bukvic) chases them into the countryside, there are a series of twists and turns that lead them to, of all places, Chernobyl.

But don't worry, an overdramatic scene establishes that the nuclear residue can be instantly eradicated by some sort of magical gas. So this frees our heroes for the usual antics involving enormous guns, mammoth explosions and lots of bad guys coming to inventively grisly ends. Along the way there's one of the most mind-bogglingly destructive car chase imaginable, like Bourne on acid, as well as a couple of preposterously fiery helicopter assaults. In between, Willis and Courtney have fun with the father-son dynamic, alternating between bitterness and emotional bonding before heading back out to "kill some scumbags".

Kate and Charlie Hannah's marriage came about through their shared love of partying and getting drunk. All is well in their relationship as long as they are drinking together. However, when Kate's excessive partying pushes her into the dangerous territory of hard drugs threatening her teaching career when she continuously lies to her boss, she decides that it's time to deal with her problem and quit the booze for good. While Charlie vows to help her, he finds going sober less easy and Kate beings to question whether their relationship is built on love or whether their vision of each other has been blurred by alcohol over the past years. Quitting drinking also forces Kate to confront her conduct at work and her difficult relationship with her mother.

'Smashed' is a comedy drama with more drama than comedy. While the antics of Kate and Charlie may be funny at first sight, it is clear as the story goes on that this a story about burying your darkest problems. It has been directed by James Ponsoldt ('Off the Black') who also co-wrote the movie with actress Susan Burke in her screenplay debut. 'Smashed' is scheduled for release this year on December 14th 2012.

John McClane, a trigger happy New York cop, returns in the fifth movie of the 'Die Hard' franchise. This time, the terrorists he must face are based in Moscow, Russia. He flies there after discovering that his son Jack, with whom he has been estranged for some time, has got into some trouble with the Russian law enforcement and has been arrested. It doesn't take long for it to unravel that Jack has somehow got involved with a terrorist plot that McClane must pull him out of.

'A Good Day To Die Hard' will become the gritty action film series' fifth instalment following 2007's 'Live Free or Die Hard', 1995's 'Die Hard with a Vengeance', 1990's 'Die Hard 2' and the original 'Die Hard' in 1988 that was based on the 1979 novel 'Nothing Lasts Forever' by Roderick Thorp. The previous movies have had three different directors and four different writers and this time we see director John Moore take on the role with a resume that includes 'Max Payne', 'The Omen' and 'Behind Enemy Lines'. 'Die Hard' number five has been written by Skip Woods ('Hitman', 'X-Men Origins: Wolverine', 'Swordfish') and will be released in UK cinemas on Valentine's Day next year (February 14th 2013). 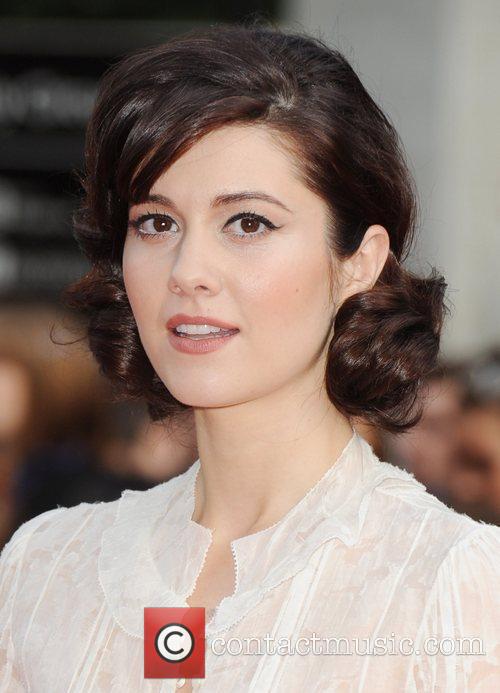 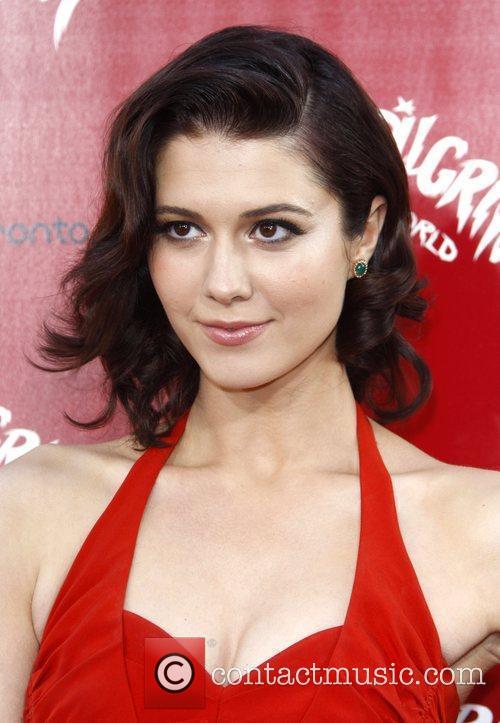 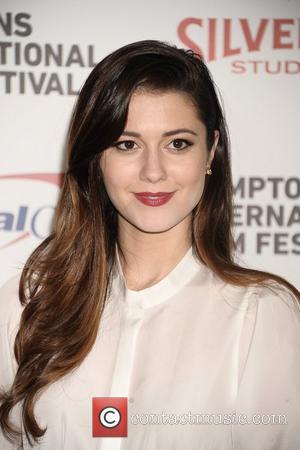 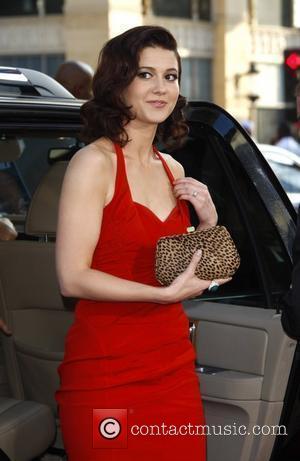