Manhattan-born Reams was arrested in 1974 for conspiracy to distribute obscenity across state lines, eventually appearing in a court case that had broader culture implications for creative freedom. Jack Nicholson and various other stars lent their support though co-star Lovelace testified against him. He was convicted in 1976, though the verdict was overturned in 1977.

Reams struggled with alcoholism, though gave up drink in 1989, married, and became a real estate agent. In 2005, he revealed he never saw Linda Lovelace after the criminal trial and remained bitter over the conflict. "The only opportunity I had to briefly make contact with Linda Lovelace was vicariously through a friend of hers, who called me up to tell me that she needed some money; she needed a liver transplant and couldn't afford it. So I sent a thousand dollars to her... and never heard back, never got a thank-you." Lovelace - who later denounced her career in pornography - died in 2002 following complications from a serious automobile accident.

Amanda Seyfried was so deeply involved with the character of Linda Lovelace when she filmed the adult movie star’s biopic, that she was grateful for her role in Les Miserables, for allowing her to escape her emotional involvement with the role. Reporting from the Sundance Festival, where Lovelace is debuting, Fox News reveal that the experience was an intense one for the 27 year-old.

“I had a hard time letting go of Linda at the end of the movie," she said. "I had a really intense time with (co-star) Peter Sarsgaard. I think we both had a hard time letting go because we went to these places. He played a man who consistently beat his wife. And I played a woman who was raped and abused, psychologically and physically. I was constantly taking my clothes off. I didn't have an issue with that. She had an issue with that. So it was a lot. And the only thing that helped was getting onto Les Mis." Sarsgaard plays the role of Chuck Traynor, Linda’s abusive husband.

Seyfried also revealed that there’s more to Linda Lovelace than many may expect. “this woman had a fascinating story,” insists Seyfried. “There are things that a lot of people don't know. People have an idea of her. It's very one-dimensional." The movie has been snapped up by the Weinstein Co.’s Radius label for a reported $3 million so it won’t be long before we can all make our own minds up about the seemingly tragic tale. 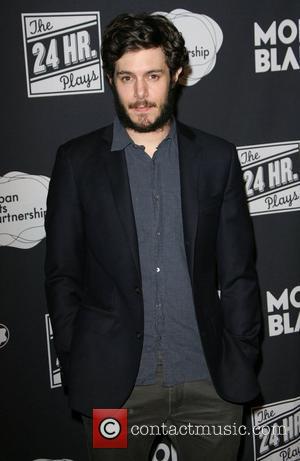