Kansas might've had more line-up changes than we can think about, but with whom did it all begin?

Drummer Phil Ehart of American rock band Kansas maintains that it was he who first brought the original band members together back in 1973, in a forthcoming documentary entitled 'Miracles Out of Nowhere'.

For the first ten years of their union, Kansas was made up of Phil Ehart, lead vocalist Steve Walsh, guitarist Richard Williams, violinist Robbie Steinhardt, guitarist/keyboardist Kerry Livgren and bassist Dave Hope, releasing no less than seven albums as a group - three of which went Platinum in the US. While Phil himself remains modest of his work creating the band, he admits it was him who 'made the phone calls'.

'I had something in mind', he revealed. 'I really knew the guys that I wanted to play with. The first person I called was Steve and the next day I called Rich.' Between Phil and Rich, they both decided that Dave was the best person for the bassist position, but Phil was eager to bring in another impressive musician that he had not yet introduced himself to. 'I remember being in Lawrence, Kansas and seeing [Robbie] playing and singing and I just thought that is a guy that I need to be in a band with', he recalls. 'I've never seen anybody else like that guy.'

Watch a clip of Kansas discussing the band's formation:

Meanwhile, Kerry Livgren was struggling to inject some passion into his own musical project, his high school pals only interested in maintaining their band as a weekend hobby. 'One of the things I saw in Phil was this ambition; that was something my band members [didn't seem to have]', Kerry says. 'They thought it was fun to play in a band but it wasn't really what they wanted to do with their lives.'

Phil subsequently decided that 'Steve Walsh needs to be singing Kerry Livgren's incredible songs' and the rest is history. And while the line-up has changed numerous times - and the band briefly disbanded in 1983 - the departure of Steve Walsh this year has still had a momentous effect on Kansas with Phil and Rich now being the only remaining original members.

'Miracles Out of Nowhere' marks the band's fortieth anniversary and it is now available to pre-order. 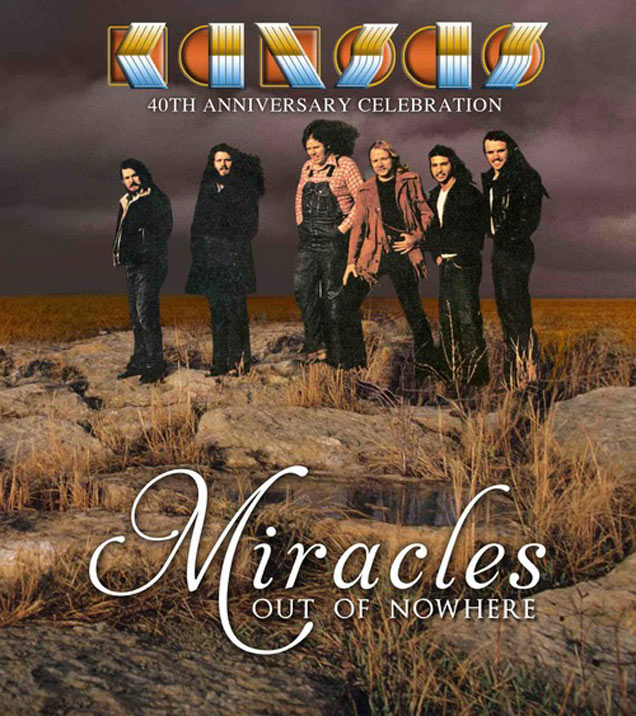 Kansas - Live from Canada Jam: Dust in the Wind Video

Kansas - Behind the Console at Studio in the Country: Carry on Wayward Son Video