Johnny Cash’s Family In A Feud Over Will

Johnny Cash leaves his 100 million USD fortune to his son, much to the annoyance of his four daughters. 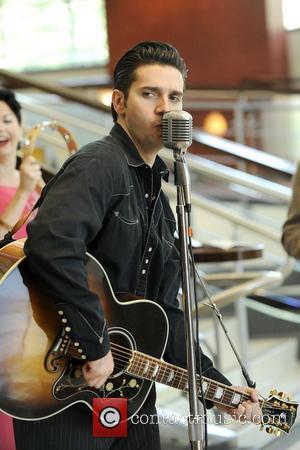 Country music legend Johnny Cash left more than cash to his family. He, unfortunately left the sort of cash that would spark a family feud between his son and four daughters. The deceased singer’s 100 million USD fortune was almost entirely left to his son – JOHN CARTER CASH. Coupled with the current strength of sales of the late singer’s records following his death, John Carter Cash seems ready to make an additional 50 million USD.

Related: Long Lost Johnny Cash Album To Be Unveiled - 'Out Among The Stars'

John serves as Johnny Cash’s only child with his beloved second wife, JUNE CARTER CASH, who passed away four months before him. The couple were together for 35 years, before which Johnny Cash was married to Vivian Liberto and the couple had four daughters. According to sources, said four daughters (along with a further two from another relationship) only received 1 million USD each, yet they have vowed to fight John in order to earn more.

Related: Not A Fan of Johnny Cash? May We Suggest Deep Brain Stimulation?

A source spoke to British tabloid ‘The Daily Star’, telling them: "One of Johnny's hits was A BOY NAMED SUE, and 'sue' is appropriate. There's a vast fortune at stake here and the girls feel as though they're getting shafted. It isn't just June's girls who are bitter. Johnny's own four daughters, who are John Carter's half-sisters, want to be treated equally. The whole thing has become a nasty affair and it's a tragic legacy for an icon to have left behind."