By Rich Cline
Good
The story (by cowriter Jeffers) this film is based on was clearly inspired by Jack London's famously bleak short story To Build a Fire, pitting a man against the elements in the harsh, snowy Arctic wilderness. It's a very well-made film, but not very easy to engage with.

Northern Irish actor Liam Neeson (Batman Begins; Schindler's List; Taken) and writer Joe Carnahan (The A-Team; Smokin' Aces and Narc) take part in a press junket in New York to promote their new movie "The Grey". To prepare for the harsh conditions seen in the film, Liam reveals an unlikely source that helped him: a documentary about a Brit who swam in Antarctica, who worked his way up to the stunt by taking cold showers.

The Grey is about an oil drilling team who are stranded in Alaska after their plane crashes. They are targeted by a pack of hungry wolves and are forced to brave the cold in order to survive

Ottway is an oil driller. One day, his team is dispatched to Alaska for a few days. He says goodbye to his partner and makes his way to the airport. Just before they are due to land, though, the plane crashes and the oil drilling team end up stranded in the middle of nowhere, in the middle of a snow storm. 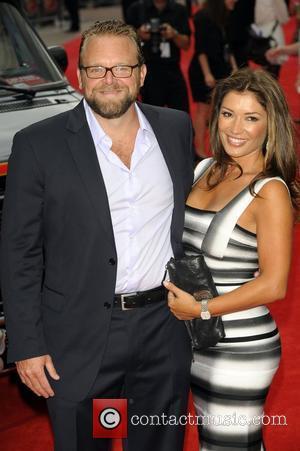 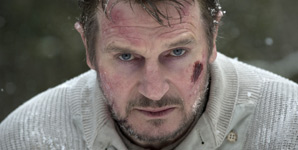