Hydraulic fracturing might not be the most compelling subject for a movie, but it provides a topical backdrop for this engaging drama about ethics. It also lets actor-screenwriter Damon reunite with his Good Will Hunting director Van Sant for another strikingly well-made movie centring around a handful of strong characters. And while we know what the filmmakers feel about this contentious issue, at least the script isn't heavy handed about it.

The story takes place in a rural New England town, where oil company workers Steve and Sue (Damon and McDormand) are trying to secure the leases needed to drill for natural gas. The farmers badly need the cash to keep in business, but a retired science teacher (Holbrook) voices concern about the potential dangers of "fracking". He's joined by environmental activist Dustin (Krasinski) to turn the town against Steve and Sue's multinational corporation. And Dustin even starts to meddle in a budding romance between Steve and local teacher Alice (DeWitt).

The script is cleverly constructed to make us wonder who is telling the full truth. There are obviously risks associated with fracking, but have they been exaggerated by politically motivated campaigns? Damon plays Steve as a straight-arrow, a nice guy who genuinely believes that the process is safe. Meanwhile, Krasinski is a but more slippery as the grassroots voice of caution, and the terrific McDormand gets all the best lines.

A historic epic from Steven Spielberg carries a lot of baggage, but he surprises us with a remarkably contained approach to an iconic figure. What's most unexpected is that this is a political drama, not a biopic. It's a long, talky movie about back-room deal-making on a very big issue: ending slavery in America. It also has one of the most intelligent, artful scripts of the past year, plus a remarkably wry central performance.

Daniel Day-Lewis constantly grounds Abraham Lincoln in his earthy humanity, good humour and tenacious desire to do the right thing, no matter what it takes. The film essentially covers just one month in which Lincoln works to outlaw slavery before ending four years of civil war. Secretary of State Seward (Strathairn) reluctantly supports this plan, enlisting three shady negotiators (Spader, Nelson and Hawkes) to convince wavering members of Congress to vote in favour of a constitutional amendment. Meanwhile at home, Lincoln is under pressure from his wife Mary (Field) to keep their oldest son Robert (Gordon-Levitt) off the battlefield.

All of this political wrangling makes the film feel like a 19th century version of The West Wing, and Kushner's script crackles with wit, nuance and passion, clearly echoing today's political debates about issues like gun control and human rights. We find ourselves wishing that our own politicians were this creative about getting the votes they need on important issues. This meaty approach gives the cast terrific dialog to bite into, although Spielberg never lets anyone run riot with scenery-chomping antics. The closest is probably Jones, as the fiery anti-slavery supporter Thaddeus Stevens. He's terrific in this role. And Field shines too in as the spiky Mary. Even if she's about a decade too old for the character, she brings intelligence and emotion to every scene.

Steve Butler is a successful businessman as part of a natural gas company who wishes to close down failing farming communities in order to obtain resources. He and his business partner Sue Thomason go to visit a particular town that is suffering a lot in the economic crisis in the hope that it will be easy to get drilling rights for the farmers' land in order to gain important resources through hydraulic fracturing, more commonly known as 'fracking'. Things do seem easy at first, with his proposition providing some hope of economic relief for many members of the community, however he is soon challenged when a highly regarded teacher from the school and a determined grassroots campaigner object to the proposal and go about trying to get the rest of the town to vote against it.

'Promised Land' is a particularly appropriate film for the current economic climate and raises important issues that are of real concern to many. It has been directed by Gus Van Sant ('Good Will Hunting', 'Milk', 'Paris, je t'aime'), written by the movie's stars John Krasinski and Oscar winner Matt Damon (writer of 'Good Will Hunting') and based on a story by Dave Eggers ('Away We Go', 'Where the Wild Things Are') and is set to hit screens in the UK next year on April 19th 2013.

'Lincoln' will show the last four months of President Abraham Lincoln's life as he campaigned for freedom before he was tragically assassinated in 1865. It will reveal in detail the extent of his conflict with various members of the cabinet over his decision to abolish the slave trade towards the end of the American Civil War. His very close success in the House of Representatives over the proposition of the Thirteenth Amendment which outlawed slavery is portrayed as one of the most crucial steps in his work against the trade. The last months of his life also saw him fail to negotiate an end to the War and saw the Union's ultimate victory.

This drama-fuelled biopic is the important story of one of the most influential and inspiring presidents of the United States that have ever been in office. It has been based on some of the biography 'Team of Rivals: The Political Genius of Abraham Lincoln' by Doris Kearns Goodwin with an adapted screenplay by Oscar nominee Tony Kushner ('Munich') and the directing genius of the legendary Steven Spielberg ('Jaws', 'E.T.', 'Jurassic Park', 'Schindler's List', 'War of the Worlds') who wanted to show Lincoln 'at work' and not just 'posing for the history books'. Spielberg has described the former president as 'arguably the greatest working President in American history'. The movie is set for release in the UK on January 25th 2013.

I just can't seem to get enough of the thrill of the being submerged in hundreds of feet of water with the ever-present threat of drowning all around me. You know, that feeling of small animals crawling into my wetsuit or larger animals deciding to eat me whole. The intoxicating sensation of my lungs exploding from gas build-up in my lungs. How can you argue with that?

By Norm Schrager
Excellent
Since the initial release of Wall Street, Oliver Stone's giant-sized 1987 fable, it's been said a million times: Greed Is Good. With those three words, Michael Douglas, as uber-corporate raider Gordon Gekko, defined the tone of not just a single movie but perhaps of an entire decade (even though that's a paraphrase of his actual quote). 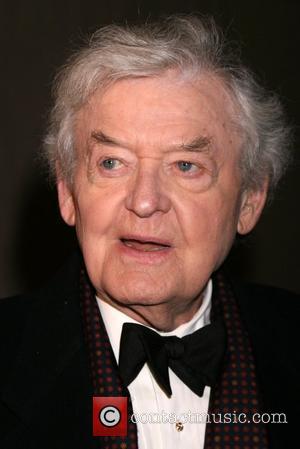