Graham Coxon - Standing On My Own Again Single Review

Review of Standing On My Own Again Single by Graham Coxon 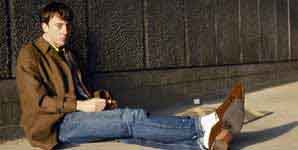 'Standing on my own again' is a fantastic single, exceptional bass really sets off this tract from Graham Coxon, guitarist of 90's band Blur. The guitar work is outstanding, with similar qualities of 'freakin out' this is an extremely worthy addition to Mr Coxons solo catalogue.

Taken from his sixth studio album, 'Love Travels At Illegal Speeds'. It is scheduled to be released as the lead single on 27th February. The release of the album is on March the 13th.

The southern English artist has a strong accent, which really gives character to the single, reminds me of The Jam.

Graham will be playing up & down the country throughout March! Get your tickets early people, i know a few dates have already sold out!