Anchored by the almost ridiculously engaging Chris Pratt and Jennifer Lawrence, this sci-fi movie travels through drama, comedy, romance and action as it tells a deep-space story with essentially just three characters. Directed by Morten Tyldum (The Imitation Game), the film looks sleek and cool, but it's the charismatic duo at the centre that holds the attention. 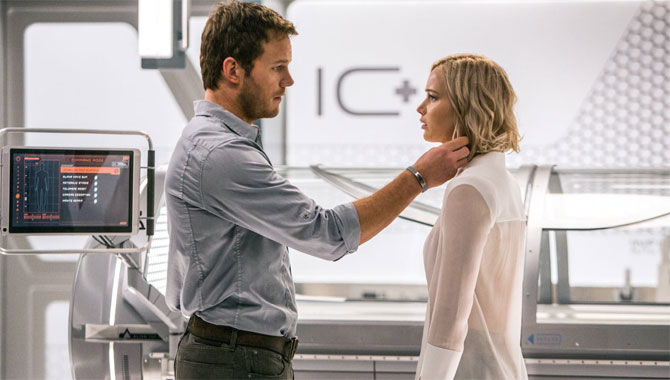 The spacecraft Avalon is on a 120-year journey from Earth to a distant homestead planet, where its 5,000 hibernating passengers will wake up to start a new life. But only 30 years into the trip, one pod opens by mistake. And James (Pratt) realises that he's come out of suspended animation 90 years too soon. His only company is a robotic barman (Sheen), so in a moment of weakness he wakes up another passenger, Aurora (Lawrence). As they begin to settle in for their long, lonely life together, the ship begins misbehaving, waking up a crew member (Laurence Fishburne) who works with James and Aurora to figure out why all of this is happening. And they'll need to work quickly if they hope to save the lives of the sleeping passengers.

Basically, the film is like a mash-up of Titanic and Gravity. The Avalon is a super-whizzy cruiseliner, and Tyldum finds all kinds of visually stunning settings in its various areas, from the vast shopping mall at the centre to a windowed swimming pool and a few gasp-inducing spacewalks. There's also a riff on the disparity between poor passengers like mechanic James in steerage and the wealthy ones like writer Aurora. Plus a hint of an idea in the corporate conglomerate that's making a fortune from this ambitious project. But these deeper themes remain well under the surface, as the attention focuses squarely on the journey James and Aurora are taking. This may leave the movie feeling rather thin and superficial, but it's also deeply involving.

Pratt and Lawrence bring so much energy, wit and emotion to their characters that we can hardly help but identify with them through their relational highs and lows, plus the more basic excitement of the plot's thriller-style sequences. Less sympathetic are the rather contrived decisions the screenplay forces them to make, and this leaves the film oddly uninvolving even though the characters are entertaining and the imagery is gorgeous. In other words, despite its hint of serious edge, this is ultimately little more than escapist fluff. At least it's solidly well made to help us escape the troubles of Earth for a couple of hours.

Watch the trailer for Passengers: 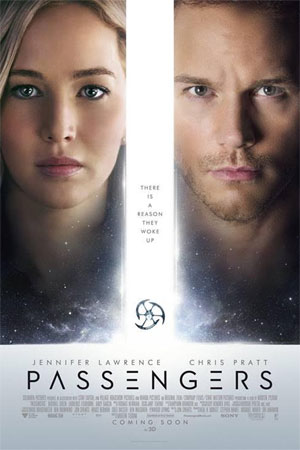