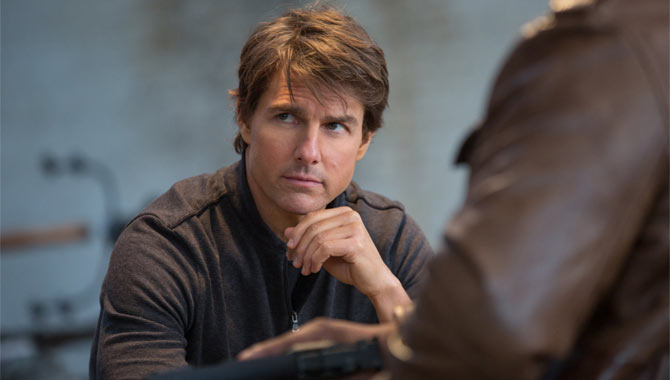 Cruise may be 53 years old, but he's clearly more than up for this kind of physicality, occasionally removing his shirt to remind us how fit he is. But he also lets the strain show, as it takes Ethan a bit longer to recover from each gruelling action sequence. Thankfully, the flirtation with Ferguson's tough, intriguing Ilsa is kept in check, letting her become a strong character in her own right. And Pegg, Rhames and Renner provide an entertaining chorus of comical patter that never becomes too corny. With such an edgy tone, it's surprising that the film doesn't have much of a point. There's an allusion to the West's careless use of lawless counter-terrorism tactics, but the film never quite grapples with that at all. Instead, it's notable for how it quietly keeps the gears of the tight plot turning, smartly avoiding the hackneyed pitfalls of other summer blockbusters.