The glamorous location of Brooklyn, New York has seen some famous people come and go in its time, but one of the most recent stars to erupt from its depths is the R'n'B singer Doe Paoro, who's unique and experimental debut Slow to Love comes out this week. 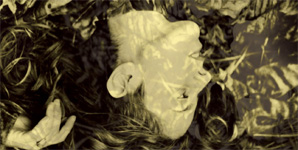 As new sounds go, the first thing that strikes you is that it reminds one strongly of late seventies/early eighties pop star Kate Bush, Doe Paoro's voice really throws itself back to her eclectic style in a big way. It's a fresh, new look at the R'n'B scene, yet retro at the same time. One of the other special things about this album is the way in which it manages to cement itself firmly in the genre of female popular R'n'B and yet remains unique at the same time.

Strengths - its unique traits will encourage listeners to broaden their horizons and listen to something a little bit different. The way in which Doe Paoro has managed to write something that will both be different from mainstream marketable music and also remain within the same classification as it means that some more mainstream listeners will be, in some ways, forced to listen to and enjoy it. There's also no denying that Doe Paoro has an extremely powerful voice that she puts to excellent use. The use of vocal harmonies is also thrilling, especially on the Intro, which can remind a listener quite easily of Imogen Heap's famous song Hide and Seek, and the vocals on I'll Go Blind remind of some early noughties hip-hop.

Limitations - it's really not going to be everyone's cup of tea. Some might find Doe Paoro's voice a little grating and the music a little sparse. There isn't a whole lot for a listener to sink their teeth into really, it's going to take a lot of appreciation for the elements that 'are' in the music - the vocals, some occasional drums and some even more occasional bass sounds - for a listener to be able to enjoy this album to its full potential. This might limit the audience slightly, and drive away some would-be listeners. It also sounds rather manufactured, which this reviewer appreciates might be the point, but still won't be to everyone's tastes.

It is, therefore, a slightly vexing release. There's definite potential in the artist and in the song writing ability but the genre and the production clouds this slightly to make something that isn't fully realised, and sort of a flop. There are some shining moments on the album that show that Doe Paoro really has the potential to be a great artist, again like the impressive vocals on I'll Go Blind, but it needs a little refining and a little 'spicing up', really. Minimalism is, in this case, not the key.

Doe Paoro's debut single, Can't Leave You, is the lead track from her forthcoming debut album, Slow To Love Out, which will be released on January 31st, 2012. Can't Leave You was co-produced by cellist Yuri Hart and Decibel Studio's Lasse Marten. On January 3rd, 2012, Doe made her debut live performance at Pianos in New York, which was a success. 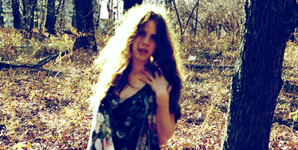