Review of Ways to Forget Album by Clock Opera

Even though Clock Opera now class themselves as a 'band', it is very obvious that it's still Guy Connelly's baby. Clock Opera has been his alias since 2009, since then he's released a couple of singles from this album and done various remixes for the likes of Marina and the Diamonds and Everything Everything. These present his talent as a producer also, not just a multi-instrumentalist with big ideas. 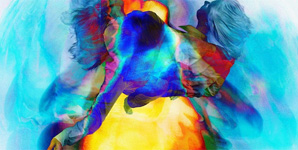 Gaining a full 'band' has given Clock Opera an epic sound, something which was definitely needed for a more dynamic debut so, that was good decision made there. The album seems to withhold a mixture of influences and is a very eclectic fusion of sounds. Special sounds. Significant sounds. Every noise counts with Clock Opera; nothing goes unmissed or is there for the sake of being there. It's like one big woolly jumper, every fibre is essential for the structure of the end product

'Belongings' and 'Move To The Mountains' have running similarities to Elbow, in the hushed vocal tones, tickling xylophone and a classic piano, that has escaped the sharp pincers of the electro bug. The fragile words of 'You give me something that I can believe in', hobble along in Connelly's uplifting tone. The jangly spangle that opens 'Man Made' is quickly overshadowed by a meaty bassline and riff for a groove-infested track with a couple of synths thrown in there. Connelly just can't escape the samples, after all those heavily spoken remixes. 'A Piece of String' also features a mischievous ring-tone-esque sample that dominates the chorus.

Other notable markers on the album from the London-based 'band' include 'Lesson No. 7.' With a name sounding like a cheap perfume knockoff, it's got a lot going for it musically. A tip for success seems to lie in the arrangement of a song. A mellow opening teamed with a punchy turn around half way through seems to work a treat. Unexpected and heady, it's something that has been done by The Maccabees on their much acclaimed, 'Given To The Wild' this year. It really does create an album of new discovery where you can listen and hear tiny changes every time that you hadn't noticed before. Rapid repetition of 'Got to tell the others' is heard over the raging pace of '11th Hour.' Its tense fashion resembles something from a musical, that part in the plot's climax that the lead character finds out something and they must eagerly tell the rest of the dedicated gang.

Clock Opera obviously had clear intentions laid out for this record and they've obviously achieved them. For a debut, this is a brilliant effort. There are some tracks that have oodles of potential and quite frankly sound like they've been around for ages. It should be an interesting year for Guy Connelly, sorry. Clock Opera even..