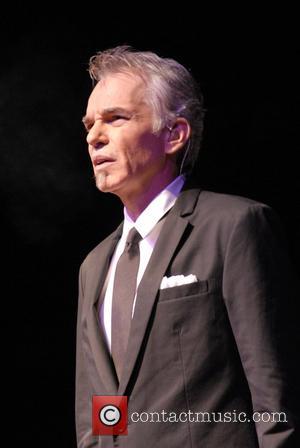 The five-times married screen star, who fell out with Hugh Grant on a London movie set because the actor constantly flashed photographs of BENJAMIN DISRAELI at him, admits it's the 19th century politician's hair which really scares him.

The phobia-ridden star explains, "I saw it in pictures when I was growing up - this little shelf of hair. I just knew there were dust and mites in it. It freaked me out. It made me feel the way a castle makes me feel."

And Thornton insists there's no need to make up rumours about him - like false reports he only devours orange food - because his true phobias are far stranger.

He adds, "See, I don't understand why people write all these things about me that are untrue. Why do they need to make things up? I don't think eating orange food is as weird as having a fear of Benjamin Disraeli's hair."