Acoustic singer/songwriters are cropping up all over the place. Maybe it's that stripped bare back to basics thing we're looking for, or maybe it's the deep and meaningful refection on life. Who knows really, but all this does require musicians to be fairly special in order to last. 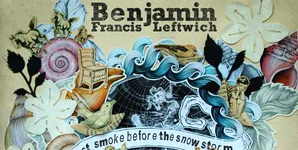 There has been a lot of hype surrounding the work of Benjamin Francis Leftwich, and consequently this first album. Self taught, he managed to grab attention in all of the right places.

Last Smoke Before The Snowstorm has that raw sound where you feel you can hear every pluck of a guitar. Everything down to the soft acoustic accompaniments feel well thought through. As with some albums you get unnecessary add on ideas, this does purely focus on the music and lyrics, this isn't an album to show off.

This brings me to the lyrics. Listen carefully and they are actually quite odd, and sometimes simply a rhyming trick. These are not tracks with deep and meaningful undertones; in fact some are fairly shallow or completely random.

'If you crash a car, into your best friends house, would you be quiet as a mouse'

Tracks such as 'Stole You Away' can become tedious and long, repeating over and over, but without a hook. 'Shine' does lift the mood with a slightly quirky sound to it, but still there appears to be one tone to this album, and that's slightly apologetic. A bit more strength and direction within the vocals and lyrics could do this.


There is no doubt that Leftwich has musical talent. His guitar work is beautiful. His raspy voice can be soothing and tranquil to listen to, but it can also sit firmly on the fence between that tranquillity, and whiny annoyance.

So does he deserve all of the hype? Within a ten track album it is actually quite hard to differentiate one from the other. Leftwich has a definite style, and he sticks with it throughout. Yes if you like acoustic albums then give this a go, but it could really do with an injection of personality and charisma. I would be interested to see how this stretches to another album. 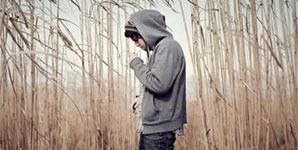