Review of Dreaming In Key Album by Applescal

Pascal Terstappen (AKA Applescal - having a pseudo cryptic moniker in electronic music circles is a bit like breathing) is an Amsterdam native who's been building his artistic reputation in a gauche, slightly  haphazard way for a few years, previously releasing three albums which have drawn praise from heavyweight luminaries such as Laurent Garnier. 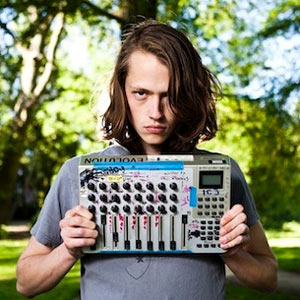 Having established himself as a producer keen to flout conventions, Dreaming In Key arrives as his self-proclaimed masterpiece. Patrolling much of the same territory as James Holden or in places of the post shoegazer Ulrich Schnauss, it's a record that favours subtlety over ornament, as diverse and quietly uplifting as anything the genre is likely to produce this year.

This may be a slight contradiction in terms but, as 'With The Sea' proves, the layers of cascading, almost orchestral melodies are full of vibrancy, optimism almost, but manage to never stray into overpowering. It's the sound of Terstappen bridging a gap between the techno and psychedelic, white noise worlds, one which he repeats to similar degrees of success on 'Brightly Coloured Wings' and the elegiac, titular closer.

If elementally that dimension is seeking to blaze a trail away from the much derided "EDM" cadre, other contributions stay closer to the outpost, whilst never succumbing to the more baser instincts of dance music's almost accidental crossover into mass American consciousness. There are degrees here, such as on 'Spring And Life', which springs elastically on a strict 4/4 tempo and uses simple up down and back pads, a track kitted out for warped dancefloors everywhere. By contrast 'Vintage Clown' is a slightly anaemic take on twisted funk, pitch shifting and leaving the listener with a sense of pleasantly mild disorientation.

Perhaps then this is the next big thing in the electronic territory; music that's free to evolve both inter and intra song, simultaneously experimental in form and texture. This approach has all the hallmarks of being made the butt of some in-joke by the artist, but much of Dreaming In Key manages to be off the cuff whilst taking risks. Its peak is 'Wise Noise On Time', a steepling Travelogue which evokes the early 80's new romantic drones of Visage or Ultravox before subsequently melting into stripped back techno archetypes. For those who like their tunes to be either one thing or another, it's another journey into the unknown. For the rest of us, it's another example of how through Pascal Terstappen's looking glass, anything's possible.