Antony And The Johnsons

Antony And The Johnsons Quick Links Formation: Hergarty's career began when a demo tape of his was heard by Current 93's David Tibet, who offered to release the work under his own music label, Durtro. In 2000, Hegarty released his debut album, entitled 'Anthony and the Johnsons'.

Career: In 2001, Anthony (now with the accompaniment of Anthony and the Johnsons) released an EP entitled 'I Fell In Love With A Dead Boy'. A live album was then released by Durtro in 2003 entitled 'Live at St. Olave's'. When 'I Fell In Love With A Dead Boy' was given to the Velvet Underground's Lou Reed, Reed invited Anthony to take part in his recording sessions for 'The Raven'. The project was started with the intent of recording the stories of Edgar Allen Poe to music. After the release of 'The Raven', Hergarty signed on to Secretly Canadian and released 'The Lake' EP, as well as a rerelease of the debut album.

The second studio album from Anthony and the Johnsons was released in 2005, and entitled 'I Am a Bird Now', which went on to receive generally positive reviews. In addition, the album's release lead to them being award the Mercury Music Prize for 2005. The following year, Anthony and the Johnsons teamed by with film-maker Charles Atlas on a film named 'Turning'. This in itself was followed in 2008 by the release of the 'Another World' EP.

In 2009, Anthony and the Johnsons released their third studio album, 'The Crying Light'. It was supported by a performance at the Manchester International Festival. In January 2012, the fourth album from Anthony and the Johnsons was supported by a sold out performance at the New York Museum of Modern Art. The following year, the group created an exclusive song for 'The Hunger Games: Catching Far' entitled 'Angel on Fire'.

If it sometimes feels that the more choice there is the more conservative our music tastes are becoming, one only need look at the on-going success of Antony Hegarty as proof that there is still room for a compelling, challenging and unique artist to broach mainstream success. Hegarty has long since justified the initial acclaim that greeted him upon winning the Mercury Music Prize back in 2005 with his second LP 'I Am A Bird Now'. 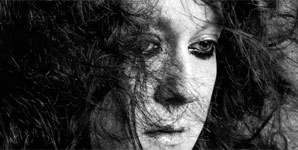 By Andrew Lockwood in Music Reviews on 06 October 2010

The first time I heard Antony & The Johnson's properly was midmorning in February 2005 driving from Newark to Nottingham. Jo Whiley was in her Radio 1 slot and introduced the extraordinary song 'Hope There's Someone'. The vocal was nothing short of amazing. The combination of lyric, intonation, atmospherics and spectacular voice still make the hairs on the back of my neck stand on end, that is the power of Antony & The Johnsons. (The ensuing public opinion via text and e-mail was divided, and as for Jo, well, she likes everything doesn't she?)

Having had the introduction I bought the album, I Am A Bird Now, and its predecessor. They were, and still are fantastic. Whatever the detractors may have had to say about the Mercury winning album of 2005, because of Antony's country of residence, or the collaborators that contributed to its brilliance, I still think it was a very worthy winner. The stories and recollections were told so vividly and candidly that they were at times disturbingly honest. Antony laid his heart bare and told of his struggles to find acceptance and love whilst wrestling with his inner demons. 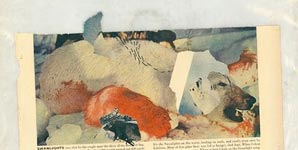 Antony and the Johnsons, Epilepsy is Dancing Single Review

By Andy Peterson in Music Reviews on 26 January 2009

Review of Antony and the Johnsons' single 'Epilepsy is Dancing' 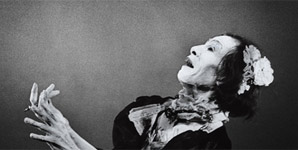 Antony and the Johnsons - Another World

Video for Another World from Antony and the Johnsons released through Secretly Canadian.

Continue: Antony and the Johnsons - Another World

1
Antony And The Johnsons

Antony And The Johnsons Quick Links

Antony and the Johnsons