With its heart in the right place, this charming British football drama overcomes a script that frequently drifts into sentimentality and corny plotting. But the story is involving, and the cast is particularly good. So even though it has a tendency to drift into cuteness, a fresh sense of humour and sympathetic characters help build up a swell of honest emotion as it approaches the final whistle.

It's set in 1984 Manchester, where the legendary Manchester United manager Matt Busby (Brian Cox) is still haunted by the Munich plane crash in 1958 that took the lives of several of his dream-team players. In search of something to give meaning to his retirement years, he runs across a street-smart 10-year-old named Georgie (Jack Smith), who has his own issues. Georgie lives with his working-class single mum Erica (Natascha McElhone), who worries about his future and leaps at the chance of a scholarship to send him to a posh private school. Georgie isn't thrilled about studying for the entrance exam with snooty professor Farquar (Toby Stephens); he'd rather be out kicking a ball with his friends, and is secretly plotting to enter a youth competition with them. But they need an adult sponsor, so Matt and his friend Bob (Philip Jackson) agree to take them on. And the kids have no idea that they're being trained by a national icon.

Director David Scheinmann shoots the film with sundrenched charm, grounding the goofier moments by encouraging the cast to give deeply felt performances. At the centre, Cox and Jackson are an entertaining double act as old pals kickstarting their lives by taking on this young team overflowing with raw talent but no discipline. McElhone is essentially playing the standard movie mother who's too busy with the pressures of everyday life to notice much of anything that her tearaway son is doing, but she gives the role a sharp emotional centre. Stephens has more trouble in his rather wacky role, which drifts from callous nastiness to physical slapstick.

By focussing on the emotional bleakness in this story, writer-director Williams manages to find some interesting moments in a film that otherwise seems contrived to reach fans of heartwarming fare like The Best Exotic Marigold Hotel and Quartet. And while this film sometimes feels like a geriatric episode of Glee, it at least finds authenticity in the characters' emotions, thanks to clever acting and filmmaking.

It opens with an ageing couple: the perpetually cheery Marion (Redgrave) and her relentless grump of a husband Arthur (Stamp). "You know how I feel about enjoying things," he scowls as she chirps about him coming along to cheer for her singing club at an upcoming competition. But Marion has cancer, and she's trying to make sure that he doesn't shut down when she dies, cutting off contact with his single-dad son (Eccleston). Sure enough, he reacts to her death with cruelty and isolation. But Marion's relentlessly upbeat choir leader Elizabeth (Arterton) won't give up on him, and when she discovers that he can sing, she urges him to take Marion's place at the competition.

After the strikingly original thrillers London to Brighton and Cherry Tree Lane, this is not the kind of film we expect from Williams, but if we look closely we can see him constantly undermining expectations. This film isn't quite as heartwarming as it seems, allowing its characters to be rather startlingly awful at times even though the story is punctuated by uplifting sequences. And of course the veteran cast members are excellent. Redgrave is luminous as Marion, holding the film's emotional centre even after her character is gone. And Stamp quietly reveals a hidden tenderness under Arthur's rough exterior.

Last night (November 20, 2012), Last Tango in Halifax debuted on BBC1. Set in Yorkshire, it’s a tale of love between two widows, who were formerly childhood sweethearts (played by Sir Derek Jacobi and Anne Reid). Thanks to the wonders of everybody’s favourite social networking site (that’s Facebook, in case you’re unaware), they meet up after fifty years and romance begins to blossom.

Reviews for the new series are largely positive. Unsurprisingly, Jacobi’s performance was praised, as was Reid’s. Writing for The Independent, Simon Usborne praised the programme’s makers for not patronising older viewers and also for managing to engage younger ones. “But it triumphed because it wasn't about old people or even elderly romance, but love. This (sentimental) 30-year-old loved every minute,” wrote Usborne. John Crace, of The Guardian, was less accepting of the “bitter-sweet rom-com,” suggesting that the likelihood of the two central characters getting together was a touch too obvious. However, despite describing Last Tango In Halifax as “”terribly familiar and predictable,” he admitted that it was, in fact “not at all bad,” saved by the quality of the acting.

Looking past the “cheap shot” of the programme’s title, The Metro also found much to love in Last Tango In Halifax. “The story plays as a wistful reflection on the way the world has changed,” though the sub-plots are widely damned for being “ludicrous.” A good start, then, for this heart-warming tale. 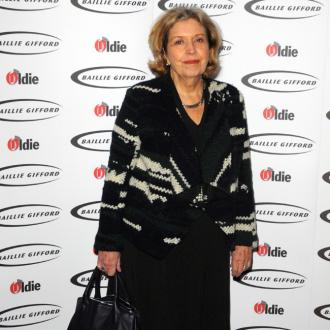