Review of The Singles Album by Savage Garden

For a brief number of years in the late 90's, Australian duo Savage Garden were huge, releasing two albums and achieving record sales in excess of 20 million units. Then going their separate ways, this release is billed as a celebration of their 20 year anniversary and includes a demo of a recently discovered track. 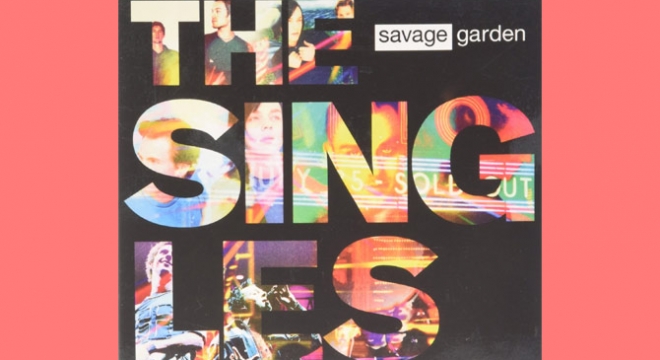 As the title of this release suggests, this is a complete compilation of the singles released by this outfit, including songs that were only pushed in selected territories. Whilst this means that followers will have the vast majority of the material already, for a new generation of music fans or older casual followers, this is a great introduction to a fine pop act. 'Truly, Madly, Deeply' stands the test of time as an exemplary ballad, while 'I Knew I Loved You' is nearly as brilliant. Darren Hayes' angelic vocals shine on both, while the lesser known 'Santa Monica' and 'Hold Me' also display a talent for an alluringly vulnerable performance.

The ability of Savage Garden to craft more dynamic pieces shouldn't be forgotten, with the synth-driven 'Affirmation' pulsating with enthusiasm. 'Break Me Shake Me' sees the band successfully move into rockier territory, while 'The Best Thing About Me' combines crunching guitar chords with dance sensibilities. The piano-led 'She' is very much a stirring organic piece that hints that beyond the releases, there was more to come from the duo. However with no sign of a reunion, we'll have to make do with the legacy that Savage Garden have left. It would be foolhardy to suggest that this release isn't something of a cash cow, but at the same time there is no denying that this is hugely enjoyable commercial pop music.