Megan Fox and Will Arnett shoot their new movie with some unusual training methods. 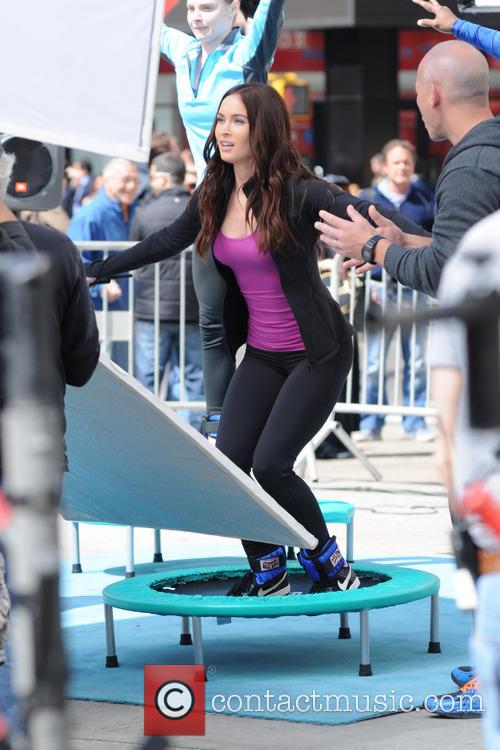 Megan Fox on the set of 'Teenage Mutant Ninja Turtles'

Megan Fox and Will Arnett looked to be getting some serious training on the set of the new 'Teenage Mutant Ninja Turtles' movie in Manhattan.

The actors were snapped earlier this week enjoying a particularly energetic filming session. Megan, who plays reporter April O'Neil in the new superhero flick, was dressed in super tight work out gear as personal trainer to the stars Harley Pasternak offered her advice on the proper techniques of trampolining. As the day wore on, it started getting pretty hot in New York's Gramercy Park and she was forced to retreat under a parasol for a break from the blistering sun. Will Arnett wasn't seen on a trampoline at all during the shoot, though that didn't stop him trying to pick up a few tips from the trainer as well.

The new movie is set to star Alan Ritchson, Noel Fisher, Jeremy Howard and Pete Ploszek as the four title characters. It is the first Turtles movie since Stuart Gillard's 1993 final instalment of the trilogy, though the animated series has remained popular. Helming this movie is 'Wrath of the Titans' director Jonathan Liebesman and it currently has a release date for May 2014. A while off yet, so let's hope Ms Fox's stunts get a little more impressive! 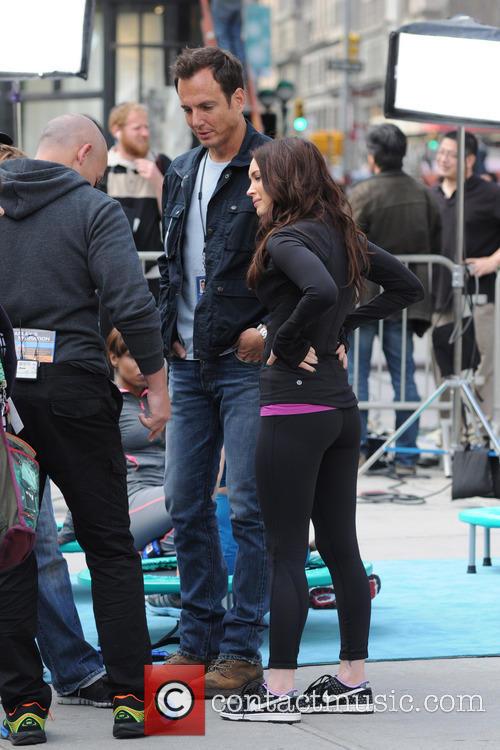 Will Arnett and Megan Fox get training advice 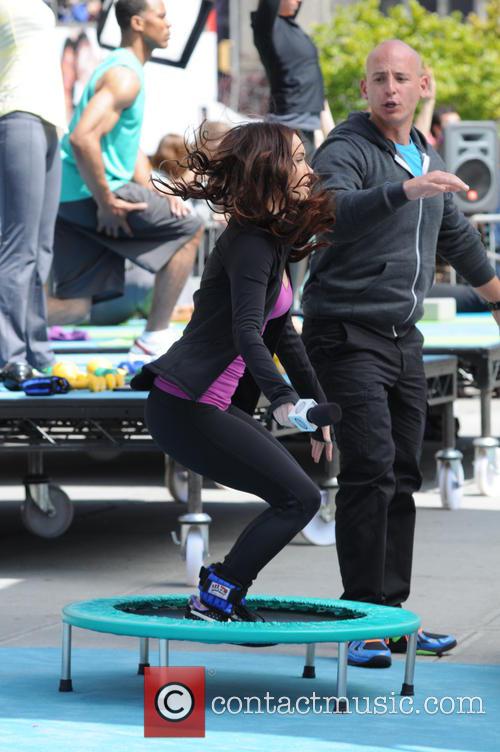 Megan Fox gets taught how to bounce 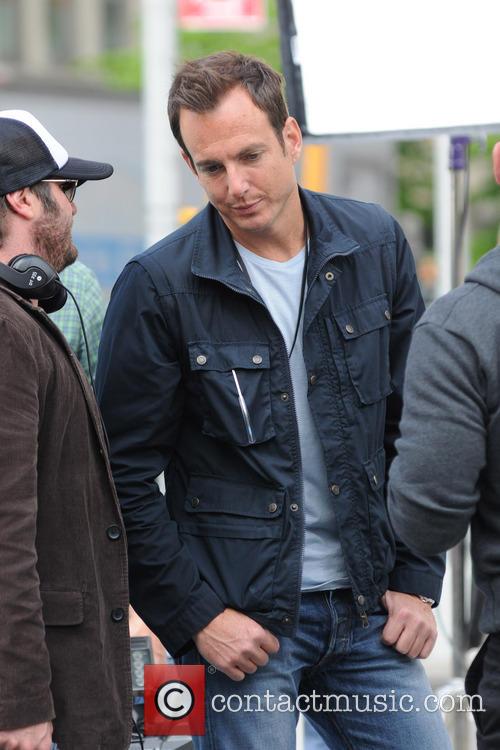 Will Arnett on the set of 'Teenage Mutant Ninja Turtles' 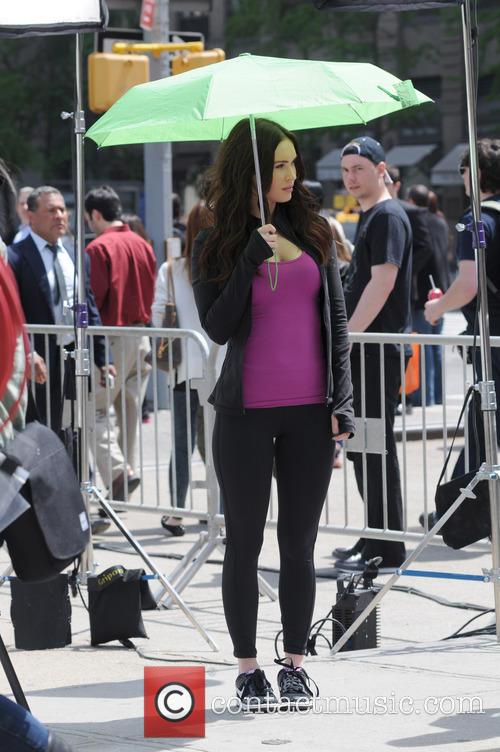 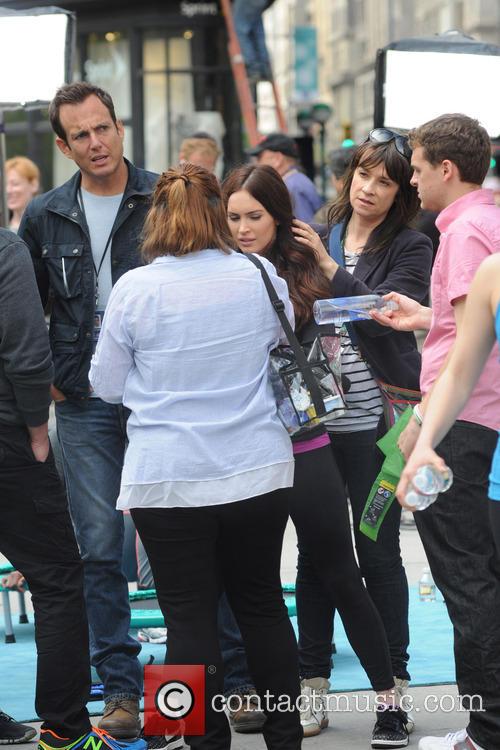 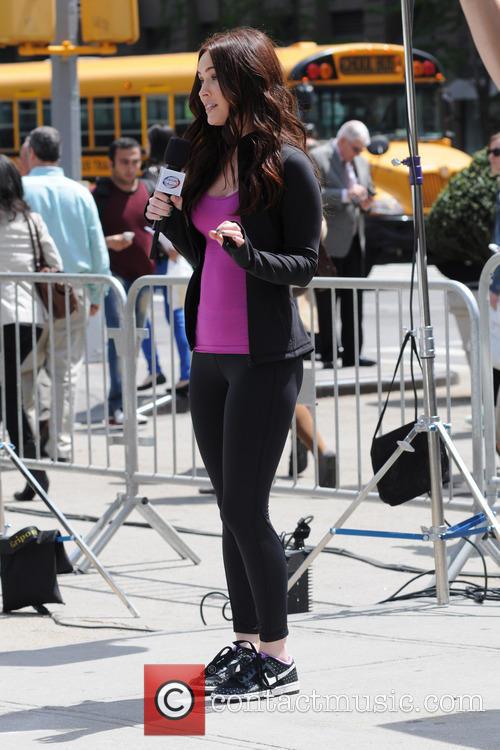 Megan Fox plays a reporter in the new movie