Nicki Minaj (born Onika Tanya Maraj 08.12.1982) is an American rapper known for her singles 'Super Bass' and 'Anaconda' and her acting appearances in 'Ice Age: Continental Drift' and 'The Other Woman'.

Net worth: According to Celebrity Net Worth in 2013, Nicki Minaj has a net worth of 50 million USD.

Childhood: Nicki Minaj was born in Saint James, Trinidad and Tobago, to parents of African and Indian decent. At the age of 5, Minaj moved to the suburb of Jamaica in Queens, New York. Here, Minaj studied at Elizabeth Blackwell Middle School, before graduating from LaGuardia High School.

Career: Nicki Minaj began creating mixtapes at an early age, some of which went on to be featured in 'XXL' - a hip-hop magazine. In 2008, she was awarded Female Artist of the Year by the Underground Music Awards. The following year, Minja released a mixtape entitled 'Beam Me Up Scotty', which was received well by critics at BET and MTV. In April 2010, Minaj released her debut single, 'Massive Attack', which was produced by Sean Garrett who features on the single with Alex Da Kid. A music video was made, directed by Hype Williams.

'Massive Attack' may have been Minaj's debut single, but the first single for her debut album was 'Your Love', which peaked at number 14 on Billboard's Hot 100 list. Minaj officially announced that her debut album was entitled 'Pink Friday' soon after, and the album was set for release in November 2010. A month beforehand, Minaj became the first female rapper to have seven songs in the Billboard 200 list.

The album divided critics, receiving only moderate reviews, mainly due to the mix of rap and dance-pop. Minaj announced that for her 2014 third album, she would focus entirely on rap, and leave the pop out of it. On 12th December 2014, Nicki Minaj released 'The Pinkprint', which once again debuted at the number two spot on Billboard's 200.

The album received generally positive reviews, with many critics stating that it was Minaj's best album. Other critics cited the more vulnerable portions of the album as a tremendous let-down. Minaj then revealed that she planned to begin a promotional tour in support of the album in March 2015.

Personal Life: Nicki Minaj identifies herself as a Christian after her father attended rehab and became one himself. Minaj has also been cited as a supposed bisexual, however she has revealed that she does not wish to be labelled, and instead wants to make the hip-hop community more welcoming of non-heterosexual people.

In one of her songs, Minaj makes reference to an abortion she had at a young age, while in another, she references the death of her cousin, Nicholas Telemaque, who was murdered in Brooklyn in 2011.

Nicki Minaj has been hit with a lawsuit by singer Tracy Chapman over the unlicensed sampling of one of her songs in Minaj’s recent track ‘Sorry’.

The song, which features rapper Nas and had been recorded with the intention of it appearing on her latest album Queen, is not commercially available but is still up online via YouTube, having made its premiere on Funkmaster Flex’s Hot 97 radio show.

35 year old Minaj had made attempts to obtain rights from Chapman for sampling her 1988 hit ‘Baby Can I Hold You’, including reaching out via social media, but without success.

Nicki Minaj And Lewis Hamilton Cosy Up On Desert Vacation

By Holly Mosley in Lifestyle / Showbiz on 27 September 2018

These guys have all but confirmed they're dating.

It seems a new celebrity power couple has come to light as Nicki Minaj and Lewis Hamilton seem to confirm their relationship with a series of shots from their recent vacation to the United Arab Emirates. They were getting pretty cosy as they coasted through the desert together.

The 35-year-old 'Barbie Tingz' singer recently posted some snaps of the pair of them on Instagram enjoying a quad bike ride through the desert in Abu Dabi, Nicki rocking a skintight Versace racer bodysuit.

Contrary to initial reports she cancelled her tour, Minaj is to undertake the North American leg in May 2019 instead.

Nicki Minaj has been forced to clarify that she has postponed her upcoming North American tour with Future, as opposed to an outright cancellation that initial reports of the move had mistakenly phrased it.

In support of her brand new album Queen, the ‘NickiHndrxx’ tour was due to open with its North American leg on September 21st in Baltimore, Maryland. However, Live Nation announced on Wednesday (August 22nd), with a month to go, that she was delaying the North American section until May 2019 in order to work on production elements.

The 35 year old took to Instagram, however, to express her unhappiness at some of the original reports of the move, which suggested that she was pulling the North American leg altogether and that it was because of poor ticket sales.

The rapper broke up with fellow musician Safaree Samuels in 2014

Rapper Queen Nicki Minaj has become embroiled in a Twitter spat with her ex-boyfriend during which he accused her of stabbing him in a domestic abuse incident. Safaree Samuels - who the star dated for 14 years - referenced an incident where he claims she "cut" him and he "almost died".

Writing on Twitter, fellow rapper Samuels wrote: "Remember the night you cut me and I almost died the police and ambulance had to take me out the crib on a stretcher.

Continue reading: Nicki Minaj's Ex Boyfriend Has Accused The Rapper Of Stabbing Him 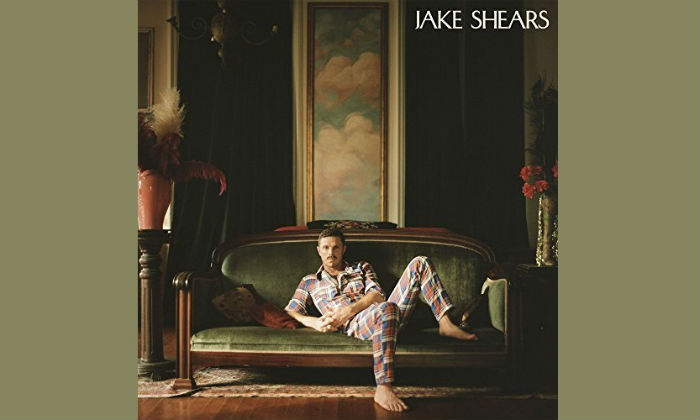 She'll tour the nation in Spring next year with Future.

Nicki Minaj has announced the first set of UK and Ireland dates for her forthcoming co-headlining tour with Future. The pair will perform across the nation on their NickiHndrxx Tour from Spring next year, with tickets set to go on sale this week. Nicki also has two brand new songs from 'Queen'. 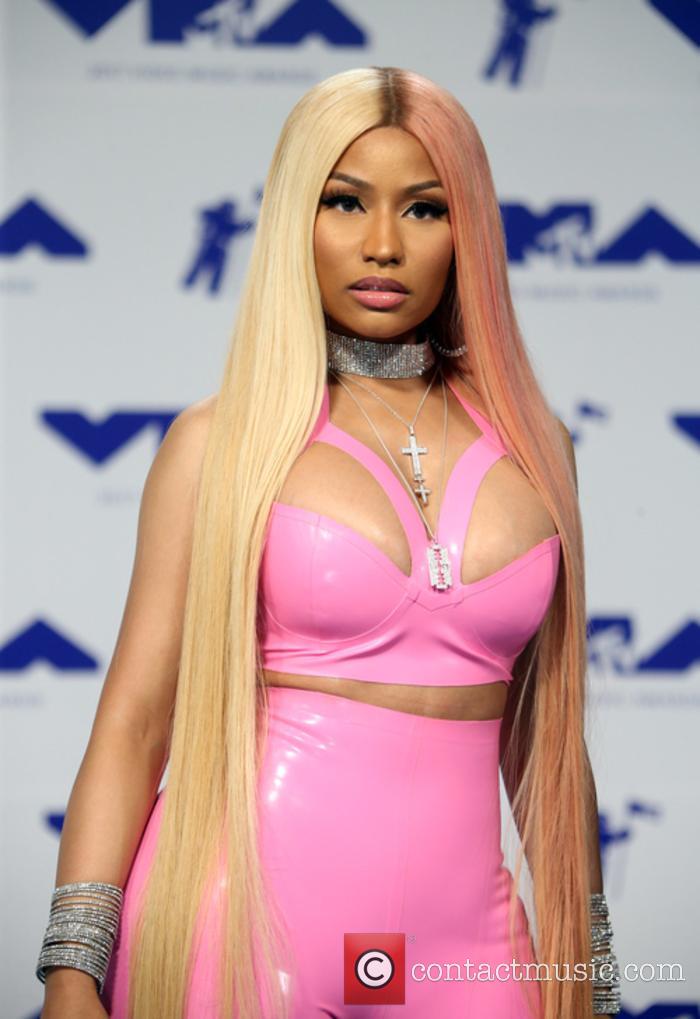 They'll kick off the UK dates on March 11th 2019 at London's O2 Arena, and will go on to play at the Birmingham Arena, Dublin's 3Arena, Glasgow's SSE Hydro and finally Manchester Arena on March 18th in between a handful of other European dates.

Eminem Wants A Date, Nicki Minaj Wants A Collab, We Want Both

It's almost impossible not to be a little bit fond of both Eminem and Nicki Minaj, and what makes that all the more sweet is that they are clearly fond of each other. Eminem jokingly (we THINK) asked her out during his Boston Calling set over the weekend, and she knows what she wants for their first date.

Eminem at the Southpaw premiere

The rapper addressed rumours that the two of them were dating on stage on Sunday (May 27th 2018), after Nicki joked that she was when a fan asked her recently. Thus, Eminem decided to milk the idea for all that it's worth, and now he wants her to text him. 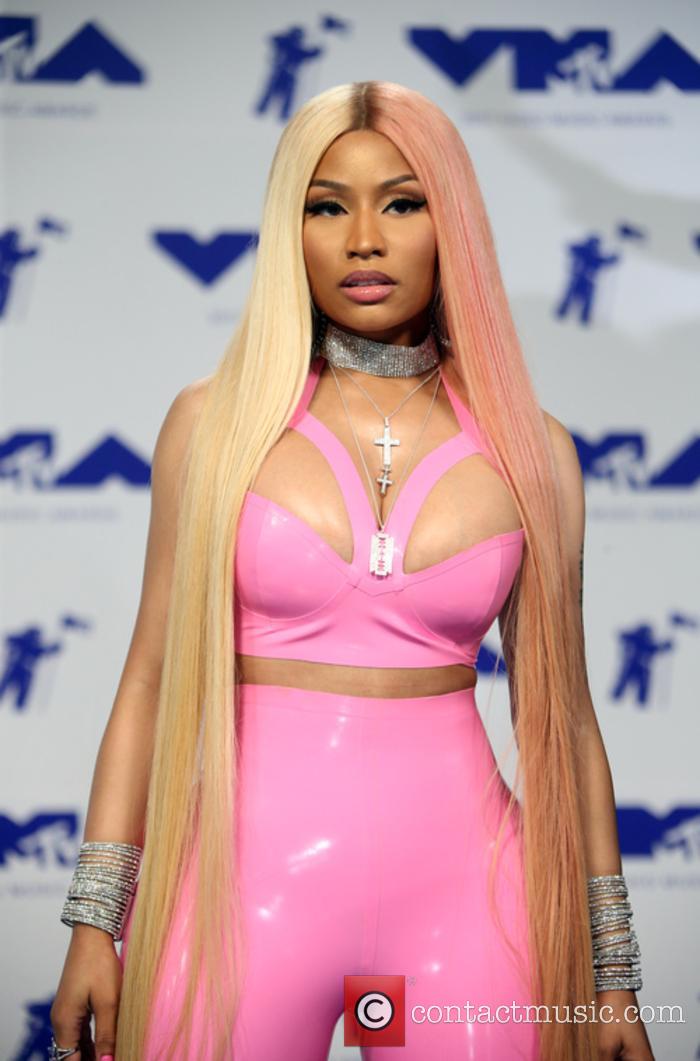 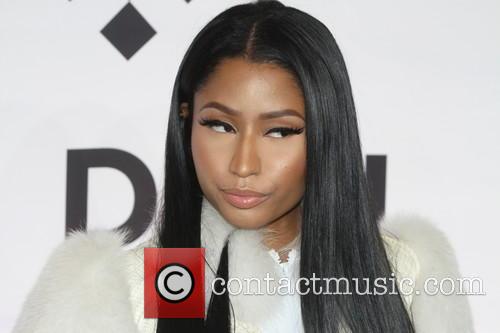 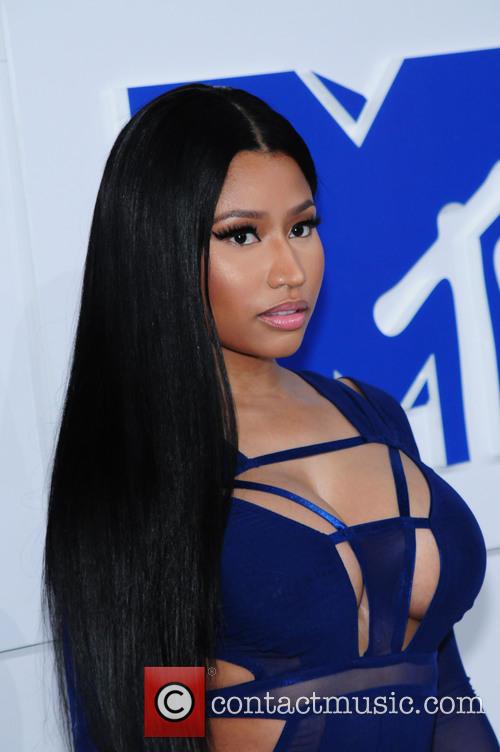 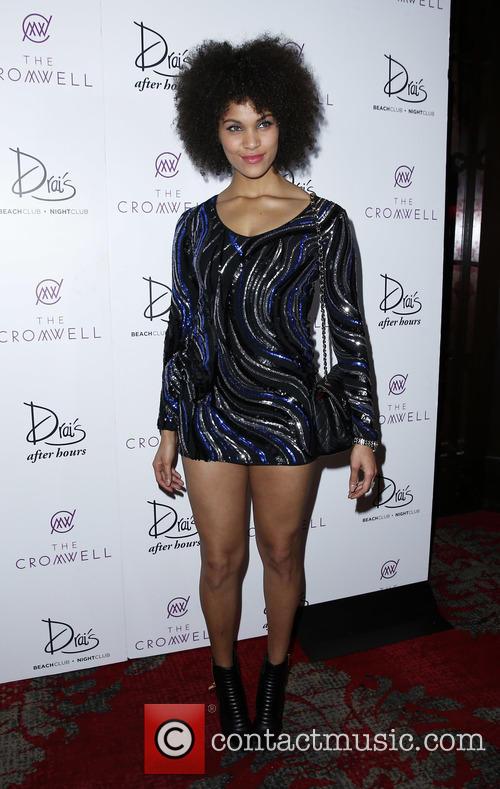 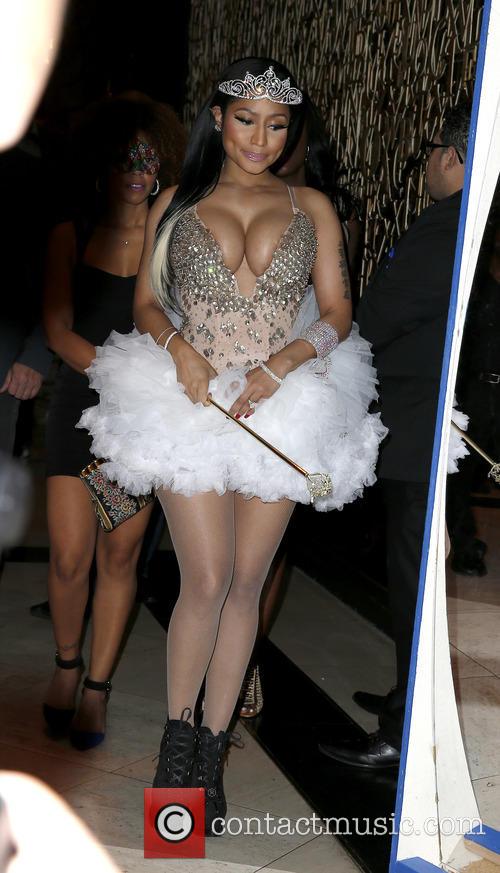 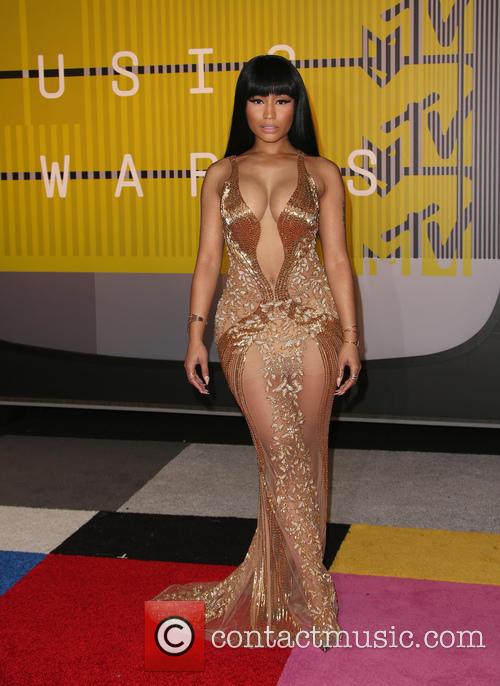 Why Did Nicki Minaj Name-Drop Ellen DeGeneres In 'No Frauds'? 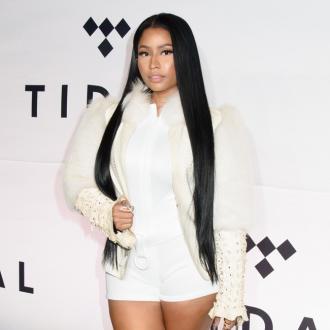 Barbershop: The Next Cut Nicki Minaj

Nicki: What We Know So Far About Nicki Minaj TV Show

Nicki Minaj Fires Back At Criticism Over 'Disabled Woman' Video