Review of The Imagine Project Album by Herbie Hancock

Many things are a good idea in theory. Communism. Christopher Nolan films. Going to the pub for 'just one drink'. To this list must be added Herbie Hancock's new album, The Imagine Project. Hancock himself is a celebrated jazz pianist responsible for some very good albums and one genuinely great one, his 1973 jazz fusion extravaganza Head Hunters. His collaborators on The Imagine Project are a diverse crew of very talented musicians, drawn from all over the globe. So far so good. The songs they perform include a number of universally-acclaimed pop classics, such as The Beatles' 'Tomorrow Never Knows' and Sam Cooke's 'A Change Is Gonna Come'. Very little can go wrong, in theory. In practice, it must be acknowledged that the results are a mess, just as it must be admitted that Stalin's Russia was a murderous dictatorship, that Inception was an emotionally stunted logic puzzle of no lasting merit, and that one drink always become five. The truth hurts.

There is no single reason why The Imagine Project fails to realise its potential. Instead, a number of different mistakes sink the album. By gathering together stars from across the world (and not many albums feature both the beautiful kora playing of Toumani Diabete and Dave Matthews' inexpressive American drawl) and covering songs with uplifting lyrics, Hancock hopes to make a political point: he writes in the album sleeve of 'the power and beauty of global collaboration as a golden path to peace'. In light of the recent global economic collapse and the resurgence of far-right nationalism, this message seems disturbingly naïve and out of step with reality. This mood of meaningless, directionless optimism also damages the songs that Hancock covers. Take 'A Change Is Gonna Come', for instance: Sam Cooke's version of the song was a powerful civil rights anthem which brilliantly caught the mood of black America. All the force and emotional resonance of the original is systematically stripped away from Hancock's version, primarily because of a distressingly insipid vocal performance by James Morrison, but also because the song is transformed from an impassioned cry for liberation into an emptily positive piece of coffee table jazz-pop. It's sacrilege.

The mistakes made by Hancock when reinterpreting 'A Change Is Gonna Come' are replicated elsewhere. Songs notable for their simplicity and emotional force are processed into polite, delicately tasteful, mushy messes. The version of Lennon's 'Imagine' which opens the album is emblematic of the problems with the album as the whole. The concise original becomes a seven-minute vehicle for the talents of stars like Pink, India.Arie and Jeff Beck. Instead of the starkness of Lennon's vocals, we get Arie's overdone, false emoting. Beck gets time in the spotlight to demonstrate some uninspired guitar-playing. A lengthy instrumental groove is necessary to showcase the talents of African rhythm group Konono No.1. to coin a cliché, too many cooks spoil the broth. Hancock's piano is technically impressive throughout, but never startling enough to unite and focus the diverse contributions; there is no sense that his playing is driving or shaping the project.

The Imagine Project may well win a grammy. Star-studded genre hopping of the type Hancock indulges in here tends to do well at award ceremonies, and it's already being talked of as a contender. Nevertheless, Hancock fans would be well advised to steer clear of this well-intentioned mess. It's disappointing that the jazz great seems to have entered what one might call his 'Jools Holland phase', politely and inconspicuously playing second fiddle to worthy guest stars on a series of uninspired jams. 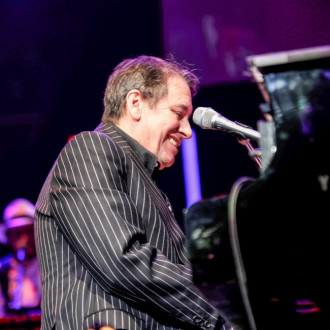