Four months ago, NME hailed Zulu Winter as the new Foals. Yes, as you dip in and out of 'Language', there are some snippets where you might think, 'Oh this sounds a bit like that Oxford band that peaked too soon.' They are as exciting as Foals were when they burst on to the scene some half a decade ago with their pleasant indie pop tangled in their ambitious beats and chanty vocals. 'Small Pieces' and 'Let's Move Back To Front' are particular flag bearers for this comparison. 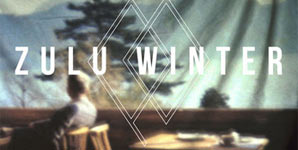 London's Zulu Winter only formed in early 2011, so to have come this far in a year is pretty spectacular in itself. They did a Vaccines in that they formed, went into hiding, wrote an album, played shows (their first London show in November) and, voila, hello hype. Fast-forward 6 months, they have released their debut and are about to embark on a nearly sold-out tour supporting Keane. Not bad. Not bad at all.

So, all this build-up for ZW last year was either because they were the new 'cool' band to follow, or maybe under the radar of the semi mass-hysteria they really did have something to give. Both of these could be the answer to this conundrum; simply down to the fact that they are a cool band who can ultimately pen a good track and play it well live. Although, some of the tracks on 'Language' slack slightly in the tight record this could be. 'Never Leave' is undoubtedly the best song to their name and they obviously know that. It was the first track they put online. Its upped beat combined the ghostly synth sweep and Will Daunt's possessive words, 'I will never leave you', leave you wondering whether this was the song that secured the hype.

One strong song would make a bit of a pathetic album really, but 'Language' can't really be described as that. 'Silver Tongue' and 'Worlds That I Wield' have some a funky drive, which can only liken them to a pre-Pala Friendly Fires, another combination that clicks well with the Zulu sound. They've even covered the 'good for the radio track' in 'We Should Be Swimming' which, funnily enough, was Zane Lowe's 'Hottest Record' back in January. So, that's another box ticked. The end track, 'People That You Must Remember', which is a poignant peak of blissful relaxation, closes this album in the slow way it started in.

Zulu Winter may be praised for this debut but if they had produced a few more lively numbers like 'Never Leave' this could have been a classic. Hopefully, they're preserving some energy for album number two... 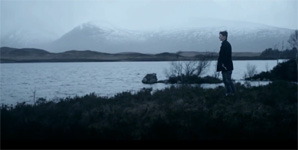