The actress had a heart attack at the weekend.

Fifties Hollywood icon Zsa Zsa Gabor has passed away at the age of 99 less than two months ahead of her 100th birthday following a heart attack at her Los Angeles home last week. She was pronounced dead upon her arrival at hospital. 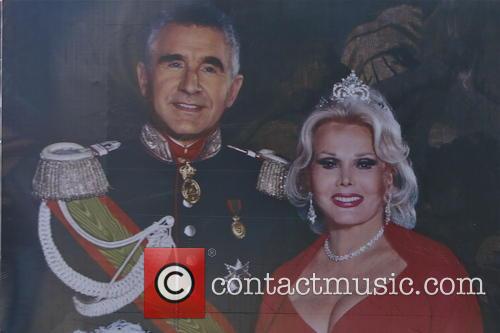 The Hungarian-American actress and socialite would have been 100-years-old in February, and she had planned to return to Budapest next year to live out the rest of her days. Unfortunately, she lost the fight yesterday (December 18th 2016) before arrangements could be made for her transferral to her home nation.

Gabor was at her home in Bel-Air when she died over the weekend, though it wasn't unexpected. She had been surviving on life support for the last five years of her life, during which time she suffered numerous health complications. She was too ill to even be able to socialise during her birthday parties.

In 2010, she was admitted to hospital in such a serious condition that she actually received her last rites, and the following year she underwent a leg amputation after contracting an infection. In February this yar, she returned to hospital again with breathing problems and was subsequently told she had a lung infection relating to her feeding tube.

The actress was actually reported in several publications as well as her Wikipedia page to have died in 2011. It soon became clear that it was another celebrity death hoax, and the 'news' was retracted as quickly as it had arrived. However, the hoax wasn't uncovered before her death could be reported far and wide across the web. There was also rumours that she had died earlier this year.

As well as being famous for her numerous films such as 'Moulin Rouge', 'Lovely to Look At' and 'We're Not Married!', Gabor is also well known for her multiple marriages. She had eight other husbands before marrying the love of her life, adopted German royal Frédéric Prinz von Anhalt who is 26 years her junior, in 1986. She only ever had one child; a daughter named Constance from her marriage to hotelier Conrad Hilton; to which she was estranged and never made aware of her death in 2015.

Zsa Zsa's sisters Magda and Eva Gabor are also well known in Hollywood, though both died in the 90s.