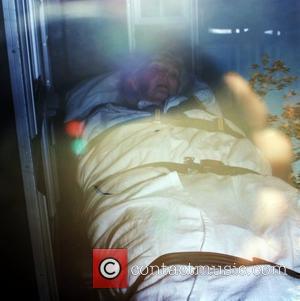 Ailing actress Zsa Zsa Gabor has been released from hospital after a reported medical emergency on Tuesday morning (31Aug10).
The 93 year old was admitted to the UCLA Medical Center in Los Angeles after her husband, Prince Frederic von Anhalt, found her "unresponsive" at home.
She was stabilised in the facility and a family spokeswoman revealed Gabor was "not in a life-threatening situation".
The star was released from the hospital early on Wednesday (01Sep10) and is currently resting at home, von Anhalt tells ETOnline.com.
Fears for Gabor's health have been mounting in recent weeks following a series of hospital visits. A priest read her Last Rites during her last hospital stay in mid-August (10).