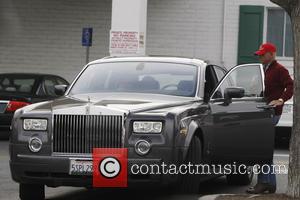 Zsa Zsa Gabor was hospitalised in Los Angeles on Saturday (17Jul10) after breaking several bones in a fall.
The movie veteran, 93, fell out of bed at her Bel-Air home late on Saturday night and was taken to nearby UCLA Medical Center after her concerned husband, Prince Frederic von Anhalt, called an ambulance.
Her publicist, John Blanchette, who received a panic-stricken call from von Anhalt, says, "He said it was bad, she had broken several bones."
The rep adds that the former screen siren has been confined to her bed since a 2002 car accident left her partially paralysed: "She has been bedridden since her accident in 2002. Her body is fragile but her mind is strong."
Gabor sparked fears for her ailing health in January (10), when she was photographed in a wheelchair looking shockingly frail and weak.